Making the Most Destructive Nutcracker Ever Made

Behind the Work 348 Add to collection

Paulie Dery, VP of marketing at YETI speaks about ‘overengineering the impossible into the possible’ by creating five giant nutcrackers with YETI’s own materials and processes, writes LBB’s Ben Conway 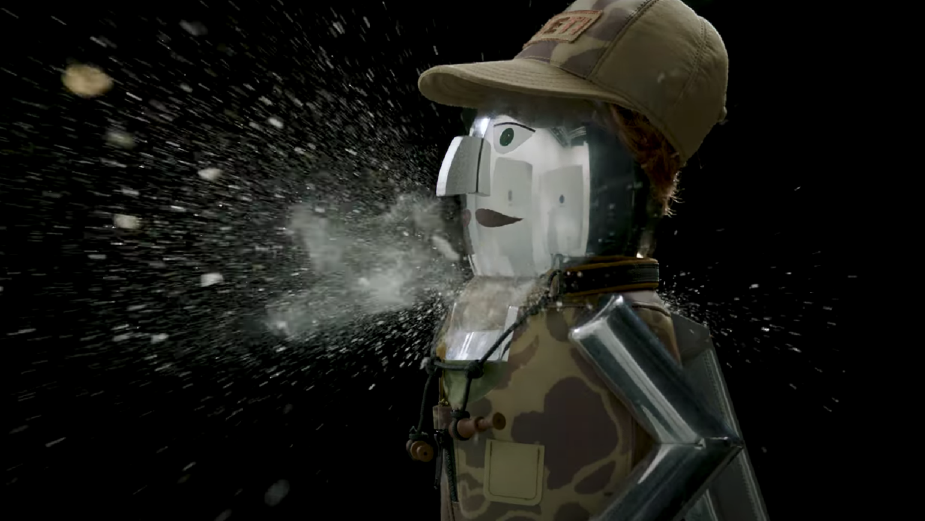 Cooler company YETI know how to keep things ice-cold - and there’s nothing ‘cooler’ than these 70lb nutcrackers. Frustrated by the humble nutcracker’s seeming inability to perform its sole purpose with any efficiency or consistency, this Christmas, YETI decided to produce these impressive nutcracking giants that will crush the holidays.

Created through over 20 hours of machining and outfitted with real YETI fabrics that are used across their product line, these buffer-than-most nutcrackers boast a solid aluminium base, widened jaws and extended handles - ensuring they can crush anything in their path.

In a nutshell, YETI created five of the most powerful nutcrackers ever made and dressed them as a Rancher, Angler, Hunter, Skier and Pitmaster. Who asked for this? The answer… no one. But, speaking with LBB, the VP of marketing at YETI, Paulie Dery, explains that this bit of festive fun is what the company is all about. 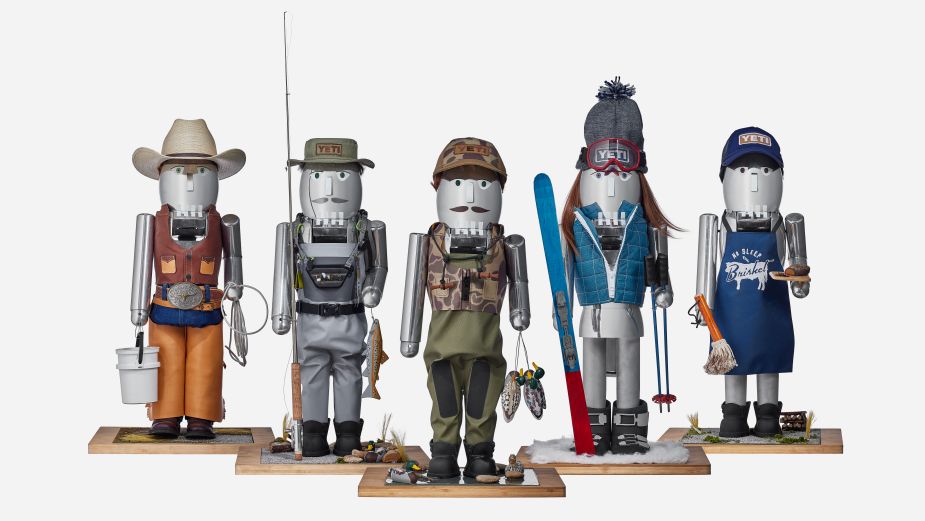 When designing the individual characters, he says that the process became a cathartic outlet for the team after a tough year that has brought its challenges and new stresses. What better way of letting it all out than crushing things in a huge nutcracker? And what happens when you have big problems and a lot of weight to get off your shoulders? Well… to quote - rather appropriately - from Jaws, “You’re gonna need a bigger nutcracker!”

Paulie says: “The size of the mouth ended up dictating the overall size of the nutcracker, based on scale. That and how much leverage the oversized, pure aluminium handle could generate.”

These oversized nutcrackers all began life as a two and a half foot long piece of solid 6061 aluminium - all designed and built in-house by the team at YETI’s Innovation Centre in Austin, Texas. The YETI employees worked their magic, welding, metal machining and finishing the nutcrackers and their bases, but the finished articles just wouldn’t be as special without a little added individuality and character. 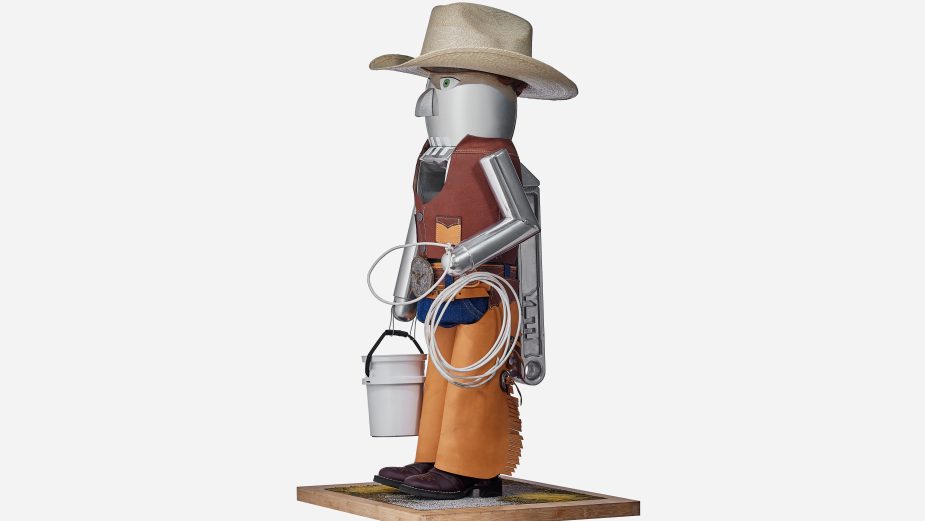 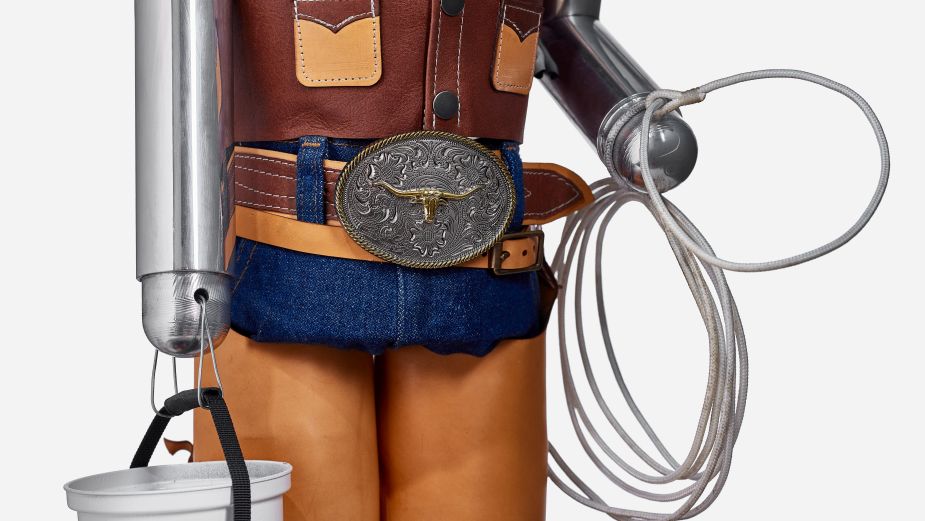 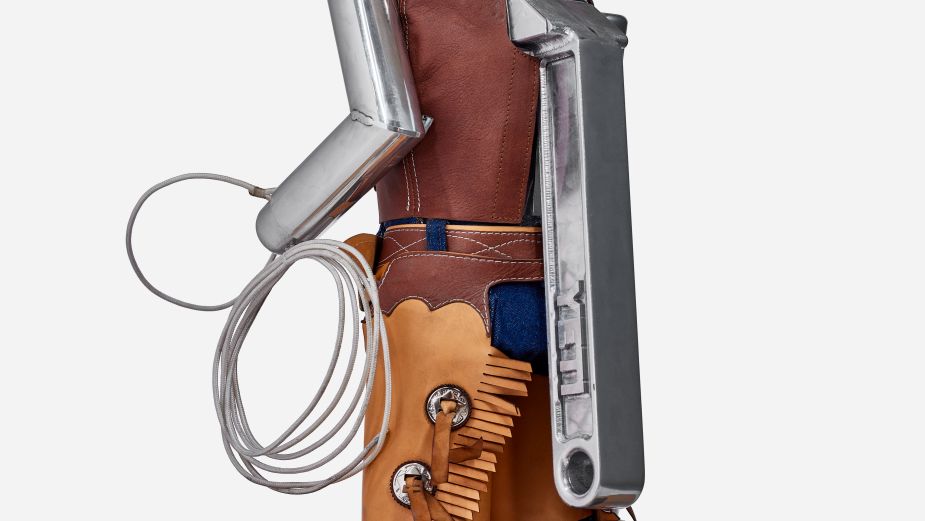 The marketing VP explains that without a personality, no nutcracker is complete. Hence the nutcrackers were given outfits that represented some of the most popular American pastimes and pursuits. Paulie says: “The same team that has been responsible for the prototyping and development of some of YETI's most popular soft coolers and bags used their skills to produce the outfits and accessories you see on each nutcracker using the same materials and processes found on production YETI product.”