Freefolk colourist Paul on honing his craft, the importance of listening and the joys of working on film 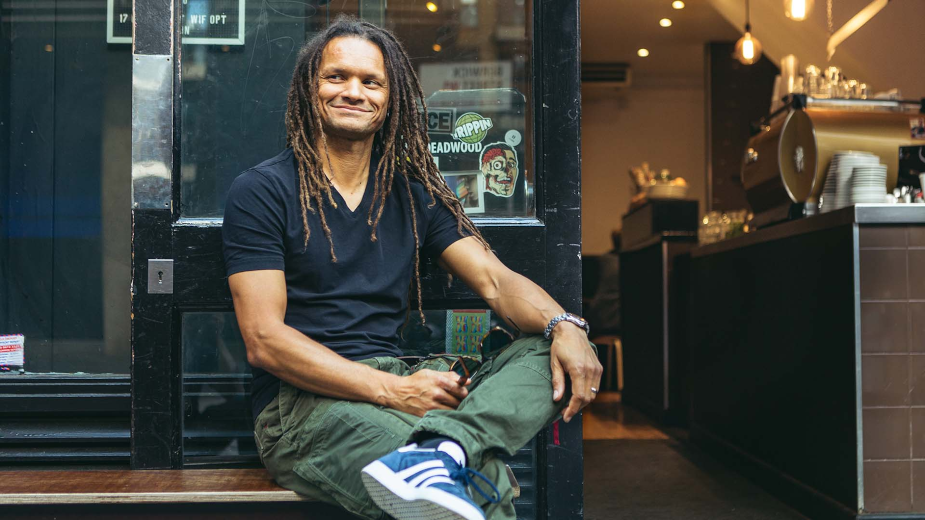 Multi award winning colourist, Paul Harrison, is one of the most talented and experienced colourists in the business. Paul has been ranked amongst the top three visual effects artists in the UK for the last decade, is recognised as world-class in his field and is particularly renowned for his work grading commercials in the UK.

Starting his career at The Mill, Paul was trained by renowned VFX artists Adam Scott and Fergus McCall. Eternally grateful for his mentor, Paul is passing on the baton as his assistants are now successful in their own right and working in London and the US at top Post Production companies.

Paul established the Grading department at Freefolk in 2012, is highly esteemed in his creative ability and has built strong relationships with some of the industry’s leading directors and DOP’s, including James Rouse, Arno Salter, MJ Delaney, Megaforce, Noam Murro, Jaron Albertin, Frederik Bond, Traktor, and Guy Ritchie.

I was a Runner at the Mill in the '90s and was intrigued about the coloured balls of the Pogle colour corrector, what they meant and how it worked. I was drawn to grading because I loved the idea of working with film. In a what was fast becoming a digital world, it was something tangible I could hold in my hands. Very tactile.

Probably the Levi’s Ice Cream Van film, directed by Stacey Wall. I won the best colourist for that one that year. It was nice recognition for someone who lives in a dark room.

Has to be at the Mill, Adam Scott and Fergus McCall, I owe them a debt I can never repay, they believed in me when I was a young man on a mission, trying to carve out a niche for myself.

I like to read the treatment, look at refs and try to draw parallels to films/photography or art that interests me, and to talk to the director/ DOP about their ideas for the film to see where we align. Once we are grading I like to try a few things to see what sticks and feels right.

That is very true, I love both those things, but I also love nature and being outside experiencing the things we paint and photograph.

Colour grading is largely a digital affair, but there’s also been a resurgence of film over the past few years in commercials and music videos.

What are your thoughts about working on film versus digital formats like 4K? And what are your favourite techniques for capturing a vintage or tactile feel?

I love working on film and always will, it definitely has something inherent that digital lacks, probably down to the unique construction of film emulsions vs pixels. That said, it’s possible to get digital very close to film if that’s what’s required, or to get really pleasing results that are unique to digital capture. The cameras are so good these days that DOP’s are achieving amazing results digitally. A well exposed digital frame will give the Colourist a lot to work with allowing them to create lots of varied looks, the choice is endless sometimes. Now that we are working Linear high bit depth color space, ACES, HDR or one of the wide colour spaces there’s loads of colour information to manipulate. I like to combine the curves in Baselight with gentle LUTS to bring the image into a place more reminiscent of a film image. Then I’ll try to push it in the desired direction, using grain, fading certain colours, or enhancing others to create the look I’m after.

This is a regular topic of conversation, thankfully there’s normally some kind of colour accent in shot rather than a toning of the whole shot. The grade can play a huge part in the story telling, and creating a signature look for a campaign, Take the early o2 film for instance, blues were, and still are the predominant colour for o2. Occasionally the whole film is awash, an Eristoff Vodka film was graded that way. It was monochromatic, but entirely blue.

One word, listen. Listen to your director, and collaborate, don’t dictate.

Learn to see what’s around you and pay attention to it, visit galleries, look at photography, watch movies, learn who shot films that are of interest and on what medium, and grade stuff. A lot!

In your opinion, what's the difference between a good grade and a great grade?

A good grade is something that elevates the film and enhances the story, a great grade to me is something that does the above but takes the film to another level and as a colourist impresses me, it makes me feel the pride of the person who did it. If that makes sense, and of course is beautiful to watch.

I think we are still doing what we always have and It takes talent to do it well. But, the rise of cheap/free grading software has created a sea of people calling themselves Colourists. Some talented people will undoubtedly rise from this ocean as its made grading more accessible to the masses.

As a colourist we have to keep current with new technology and software advances. We can do more than ever before in the colour room, the boundary between 2D and grading is blurring all the time. I think we need to be the ones to know our limits and stick to what we do best. Colour!