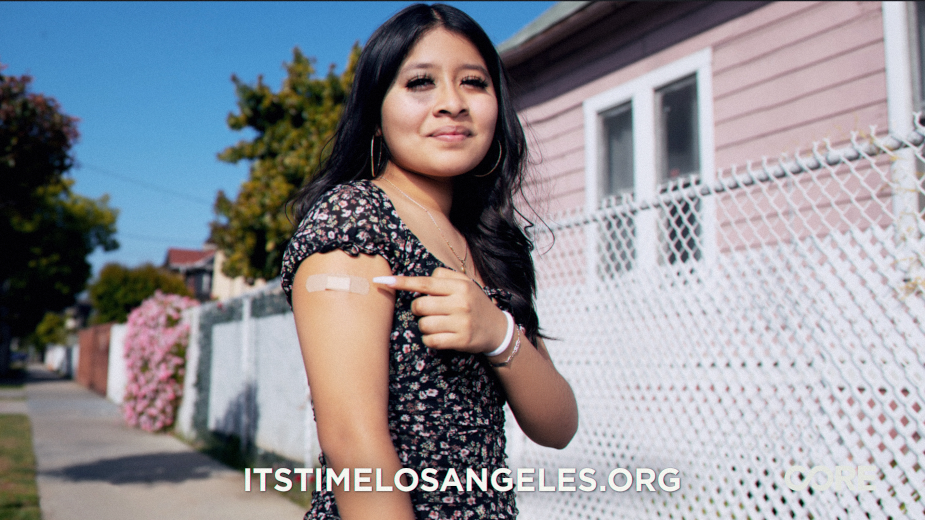 “It is not every day that agencies of color are afforded the opportunity to directly lead campaigns that speak to their respective communities,” says AEM president and founder Ivette Rodriguez. “We were thrilled that CORE embraced this approach. Linda [DeJesus-Cutler] and I could not have picked a better coalition of multicultural agency partners to deliver IT’S TIME LOS ANGELES.”

Led by Jesus M. Rodriguez, executive creative director, Makiné provided end-to-end creative direction of the fully integrated campaign, including the naming, branding and social assets. In addition, Rodriguez scripted and directed a :30 hero spot for broadcast and digital, presented in five different languages, as well as a series of community-focused cut-downs.

“The coalition of agencies that Ivette brought together was essential to bringing this campaign to life,” says Jesus M. Rodriguez. “Each partner brought key insights and perspectives that helped shape the message with humanity and authentic cultural relevance. When it all came together, it was beautiful to see the diversity and strength of Los Angeles reflected through this campaign. Our city is a beautiful rainbow of skin tones and cultures and it’s what makes it so special.”

According to Jesus M. Rodriguez, it was paramount that each targeted group of the campaign felt heard and recognised. Here, Makiné consulted with Latino agency AEM, Asian American communications firm IW Group, and African American-owned agency Red Sea Entertainment in the scripting and casting phase.

Makiné also produced audio content for radio, streaming, and social based on the broadcast script, as well as a social media toolkit consisting of Chacon’s photos, GIFs, and skins. Print deliverables included posters, flyers, and infographics.

“Makiné was the ultimate creative and production partner,” concludes Ivette Rodriguez. “Their creativity was innovative and hopeful, and their dedication to the united cause of protecting our own was relentless and inspiring.”