Make Your 'Football Self' Happy with BBDO NY's Campaign for Lowe's 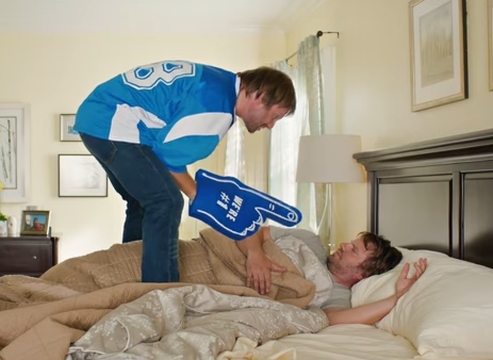 To support its role as a presenting sponsor of CBS’s Thursday Night Football pre-game show (“NFL Thursday Night Kickoff Show presented by Lowe’s”), Lowe’s has just launched a new Thursday Night football-related campaign.  The theme is “Make your football self happy” and the idea is to encourage consumers to shop at Lowe’s and get their projects done, so they can be free to enjoy football on Sunday.

The campaign consists of four humorous TV spots and was created by BBDO New York.