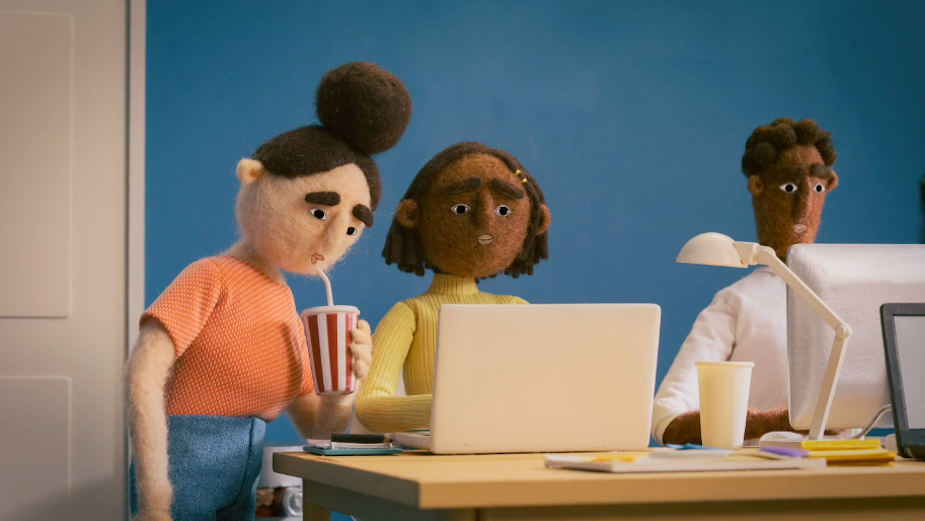 MAJORITY director Siqi Song’s and the team at BUCK have collaborated on a brand new animated series for Mailchimp Presents, 'All In A Day’s Work', which has been released today. With six episodes from MAJORITY, six from BUCK and created by London agency It’s Nice That, the humorous series of shorts takes a sideways look at the ups and downs and sometimes-painful truths of life as an entrepreneur or small-business owner.

The films are designed for a global audience and are completely non-verbal, borrowing the vernacular of comic strips to inform shot framing and acting choices, creating a distinctive flavour of offbeat humour. With no dialogue, the music and sound design created by Sounds Like These filled in the silence with rich detail and subtle humour. For example, in 'Kitchen Table Entrepreneur', an old-timey, six-shooter sound effect mixes expertly with thrash metal.

The cast of characters are comprised almost entirely of simple geometric shapes that express each character's essence. Using a hybrid of 2D and 3D approaches, the sets for the shorts are like actual, physical sets: they're flat and only work from certain camera angles. If the films feel like stop-motion, that's no accident. The tactile quality of the materials and variable frame rates give the shorts a distinctly analogue feel (even though they're 100% CG).

Siqi, who was nominated for an Academy Award in 2020 for Best Animated Short Film, brought her signature stop-motion style using felt and other soft materials to the first six episodes in the series. They are streaming now on the Mailchimp Presents platform.

“We owe a debt of gratitude to the teams at BUCK Studios, Siqi Song, MAJORITY and It’s Nice That who brought these shorts to life – adding a levity and playfulness that, hopefully, sparks some joy, creativity, and inspiration to keep going even when things get tough,” said Sarita Alami, director of programming at Mailchimp Studios.

Siqi’s six episodes, each of which are about two-and-a-half minutes in length, cover a range of familiar situations: The opening short film, 'First Hire' is self explanatory; 'Unstoppable Rise' shows the nonstop effort required to create new customers; 'Financial Woes' is about the struggle to maintain investment in a startup; 'Silicon Valley Legends' makes clear the long shadow cast by one’s business idols; 'Co-Working Space' portrays the splendour of a typical starter office (pre-epidemic); and 'Switching Off' is something that never seems to happen.

“The series was a project I was really excited about, because it's about young startups and entrepreneurs. As a startup filmmaker myself, every story in the series resonated with me in some way,” commented Siqi. 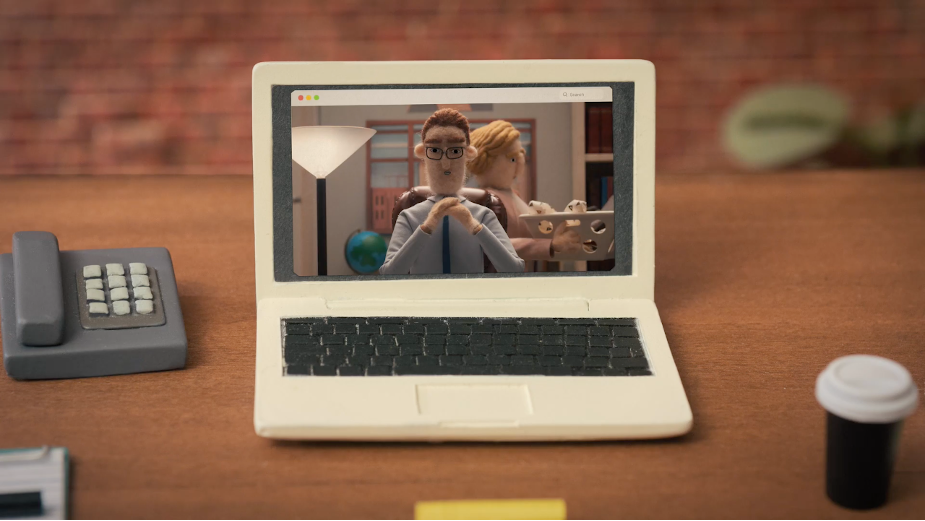 Production for MAJORITY's half began in Siqi’s Los Angeles studio in late February and continued throughout the past months leading up to the release; each episode took approximately 10 days to shoot and about 2,000 photographs were shot for each film. An extensive pre production period included Siqi’s creation of 20 puppets all with different looks and movement challenges. And then he oversaw the sound design for her six pieces.

“Compared to live action, animation in general has been less affected by the pandemic." explained Siqi. "But, unfortunately, stop motion is the only type of animation that requires animators to physically work on site. We had to reduce the number of crew in the studio and took precautions while filming. After the shoot we did all the post-production remotely with sound designers, voices, and composers.”

'All In A Day’s Work' is Siqi’s first foray into branded content. She is known for her stop-motion short films that incorporate a sly visual wit even if the subject matter is not humorous: Her Oscar-nominated short 'Sister' is about the personal effect of China’s one-child policy. 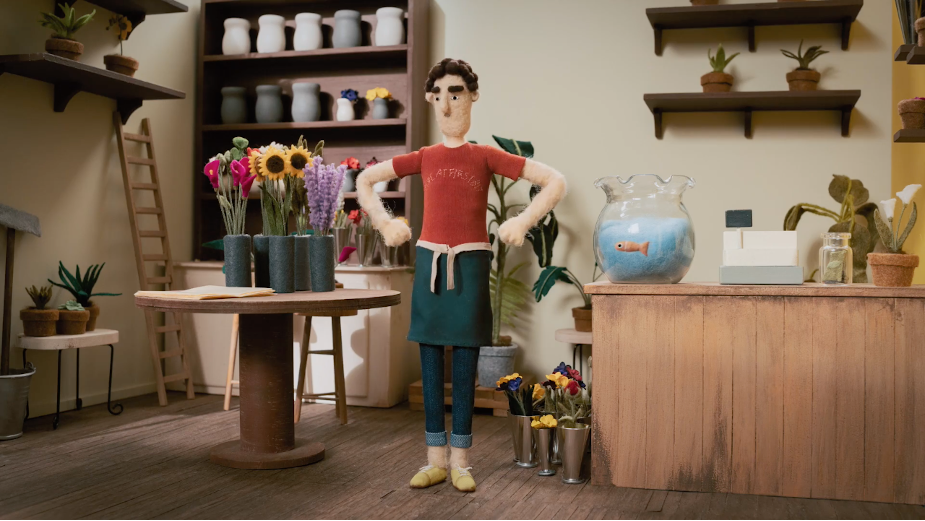 Siqi has been represented by MAJORITY, a hybrid commercial and indie studio representing a diverse all-women roster of award-winning directors, since it was launched in 2018. The company combines the traditional world of advertising with the story-driven nature of Hollywood.

According to MAJORITY founder / executive producer Senain Kheshgi: “Working with It’s Nice That and Mailchimp Presents was a truly creative experience. Their commitment to collaborating with filmmakers to tell stories in unique ways allowed us to make the highest quality series without compromise. It allowed us to be bold and create something truly special."

MAJORITY is represented on the West Coast by Marla Mossberg of NCahoots and on the East Coast by Minerva partners Shauna Seresin and Mary Knox.

“Mailchimp and It’s Nice That put a lot of trust in us as specialists in our field," commented creative director, BUCK, Thomas Schmid. "They gave us space to own our decisions and prove to them that it’s all going to work out. They never questioned that. It was an absolute pleasure working with them.”

“We’re all animators" he continued. "Being able to write for animation performance for us is like asking a bunch of stunt guys to write a fight scene. We used our mind’s eye as much as possible when writing these shorts.”

“We had specific locations and characters in mind, but there was a design system that informed how we interpreted those." explained Jon Gorman, creative director, BUCK. That system allowed us to stay economical and make smart decisions throughout the project.” 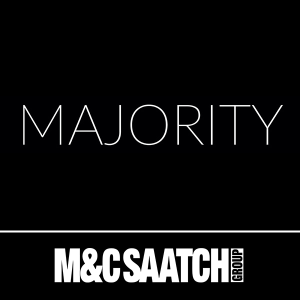 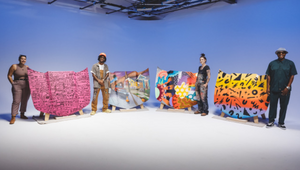 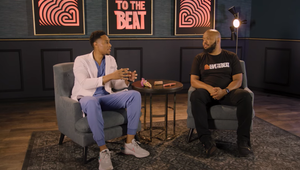 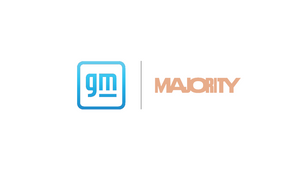 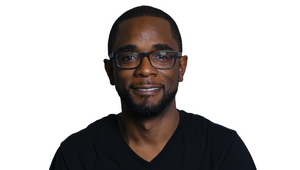 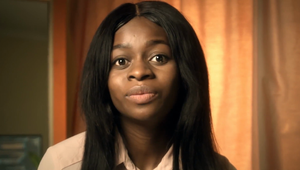 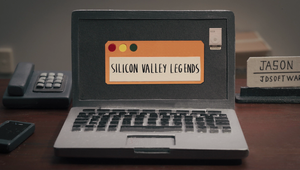 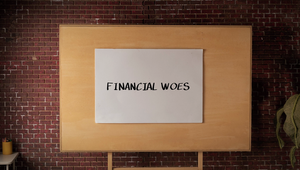 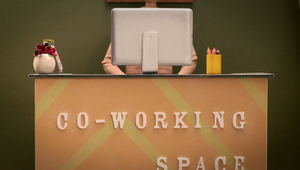