The PSA will air across major networks 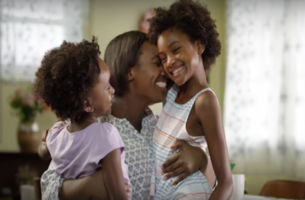 SOS Children’s Villages is launching an integrated marketing effort that includes its first ever Public Service Announcement (PSA) in the United States. The PSA out today shines a light on the work of SOS Children’s Villages, an international organisation that builds families for orphaned, abandoned, and other vulnerable children in 134 countries worldwide.

“We hope this PSA will help further highlight the great need of vulnerable children around the world,” said Lynn Croneberger, CEO of SOS Children’s Villages USA. “In what we see firsthand every day, there’s still much to be done to ensure these children are not only safe and protected, but also receiving the important support that a family can bring to a child.”

The PSA, designed and produced in partnership with New York-based Girardville Miners’ Cooperative, and bi-coastal production company BODEGA, emphasises the need to support orphaned and abandoned children, as well as the important role of family on the lives of children.

“We were excited by the opportunity to highlight the work of an organization doing such important work worldwide,” said Brian Flatow, Chief Miner at Girardville Miners’ Cooperative. “The power of storytelling is evident when hearing about the work organizations like SOS do to give vulnerable children a loving home when they need it most.”

The PSA will air across a number of networks during the fall season through support from the Midas Exchange, a WPP Company, powered by GroupM, a leading advertising media company. The effort led by Erin Keating, Managing Partner, and Tom Dempsey Chief Investment Officer, has brought in the support of major networks.

“These networks are doing an incredible service in helping SOS Children’s Villages raise awareness for the vulnerable children living in our world today,” said Rino Scanzoni, Chief Investment Officer of GroupM and CEO of Midas Exchange, which led the effort. “With their generous support, millions of people in the United States will learn about the great work SOS Children’s Villages is doing to support children in 134 countries, including hard-hit areas like Haiti, which the organization has served since 1978.”

"We couldn't have executed this valuable campaign without the passion and dedication of our vendor partners," said David Krupp, CEO of Kinetic USA.  "In addition I want to thank the Kinetic team who took their expertise on managing brand marketing campaigns to give back and do something meaningful for families and children around the world.”

SOS Children’s Villages supports children and families in two main ways: through their more than 570 villages across the world that provide children with a loving mother, a home, brothers and sisters and a supportive community, as well as through their family strengthening programs that help rebuild struggling families so they can stay together and thrive.

To learn more about the work of SOS Children’s Villages USA, visit sos-usa.org.