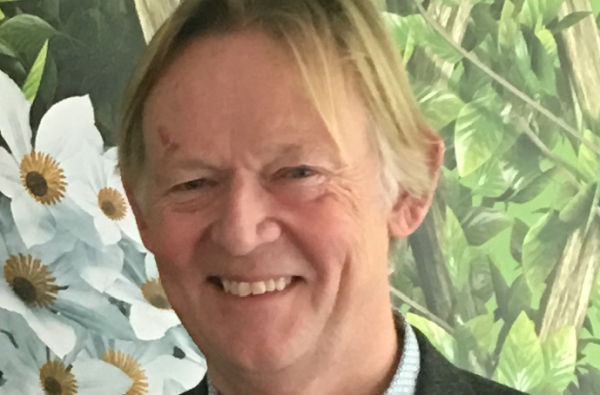 300 years later, greatly impacted by digitisation and social media platforms, Britain - once leading and driving forward the world’s modern industry - faces the challenge of keeping its leadership in the world’s advertising creativity industry.

Shortly before Christmas 2018, a special correspondent of China's Modern Advertising magazine came to the office of the UK Advertising Association (AA) in London to interview its chief executive, Stephen Woodford who shared an insightful overview on the development and prospects of the advertising and creative industries in the UK.

As a leading figure in the UK advertising industry, Steve has served as senior manager and CEO of multiple well-known British enterprises including Nestle, Engine, DDB, Leo Burnett and WCRS in the past 30 odd years of his career. Appointed as the CEO of AA since 2016, Woodford noted that the top priority of AA and the whole UK advertising industry should be dedicated to building the trust of the industry. Founded 92 years ago, AA has always been enthusiastic and committed to pushing forward the industry by producing regular industry reports, promoting new norms for the industry, enhancing the implementation of the UK advertising regulations and new adjustments.

Q> Chinese enterprises are relatively unfamiliar with the AA. Could you tell us what kind of organisation AA is and what members it has? What services does it provide to its members?

Q> What role does the AA play in promoting the development of British advertising and the creative industry?

In the global context of the general decline of social integrity, the mission of the Association is to rebuild social integrity, and enhance people's trust in advertising. This is the top priority of our development strategy over the next few years. On this basis, we are committed to raising awareness and attention to more common social issues affecting the general public's livelihood.

We believe that it is only through this self-restraint that the British advertising and creative industry can maintain its leading position in the global advertising industry.

Q> Besides promoting the recognition of good faith in advertising, what other focuses does AA have in its work agenda?

Stephen> While promoting ‘advertising integrity and trust’ and creating ‘advertising benefits’, another focus of our work in recent years is to build the image of Britain as an ‘international hub’ for the global trade. Our slogan is 'We Are a Great Advert for Britain' which means not only do we disseminate the brand image of enterprises and products, but we're also the national brand of Britain in advertising and creativity. Our mission is to disseminate Britain by demonstrating to the international community that Britain is not only committed to domestic economic development, but also to supporting small and medium-sized enterprises. More importantly, the UK aims to open its doors and make Britain the base and centre of free trade of global exchanges and contacts by providing trade opportunities and policy support for all countries in the world.

Q> In recent years, the UK economy has slowed due to the impact of the world's ever-changing economic and political landscape. How as the UK's advertising industry developed in recent years? What is the position of Britain in the national economy?

Stephen> It is exactly because of our dedication to promoting the social benefits and integrity of advertising that the British advertising industry has maintained its sustainable and healthy development. Advertising has therefore become one of the driving forces of the UK's national economic development, having created ample employment opportunities and made great contributions to the steady growth of the national economy.

According to research data, every pound of investment in the British advertising industry will bring about six pounds of GDP growth. The advertising industry has created nearly 1 million jobs in the UK. And since 2005, Britain has won more than 1500 Cannes Lion awards, far more than other European countries do. Other than that, 35% of the total revenue from Britain's top 20 advertising companies were generated from their overseas businesses.

Therefore, purely from the point of view of national economic development, the advertising industry in Britain is one of the industries that makes the greatest contribution to the national economy. Furthermore, the development of the advertising industry drives the rapid progress of new technology and communication in the UK, makes small and medium-sized enterprises flourish, and provides a solid tax guarantee for public services and facilities in Britain. As Gavin Patterson, former chief executive of BT, once commented, "advertising is the oxygen of the national economy". Without advertising, there will be no legitimate market competition, no innovation of science, technology and products, and no effective and vibrant market.

Q> How do you think the UK leaving the EU will impact the UK advertising industry?

Stephen> When it comes to the future economic development of Britain, whether or how Britain will leave Europe has become the focus of international media attention. It is undeniable that Britain's withdrawal from Europe has had a negative impact on the short-term development of the British economy. It is hoped that the British government will finally reach a consensus and put forward an effective agreement on the withdrawal from Europe.

Despite the fact that British companies and global investors are waiting for the final decision of the UK regarding leaving Europe while holding their investment decision-making, the UK advertising industry has a long history and rich industry experience with strong resilience to drastic economic disruption. The UK economic forecast index for the new year also shows that the UK economy will continue to grow after the EU exit.

Q> How does the AA view the development of digital technology? How do you think the creative industries should adapt to the digital wave?

Stephen> The wave of information technology and the rapid development of social media present both great opportunities and challenges. How we maintain the sustained and effective development of the advertising industry in the digital era is a common problem faced by British advertising elites.

I think this new era has created new opportunities. Faced with these challenges, we need to think about how to use technology to serve advertising production, make advertising digital, and make it more humanised and socialised.

The progress of science and technology has made the production and dissemination of advertising reach an unprecedented level. But at the same time, the popularity of high-tech and self-media also puts forward higher and harder requirements for the level of advertising production.

Good advertisements should not only have timeliness, but also have an eye-catching, pleasant audio-visual effect, as well as the function of promoting social harmony and stability.

Enterprises and advertisers should learn to balance the long-term goal of brand building with the short-term pursuit of efficiency. The rapid development of modern science and technology and the development of the advertising industry complement each other.

Another challenge posed by information technology is how we create advertising with good timeliness and entertainment to achieve the best brand-building programme. A good brand must be a product that cares about the customers’ experience and has rich social value which survive the test of time. Good advertising is the touchstone of products, and inferior products will eventually be eliminated by inferior advertising.

Q> What projects and training has the AA conducted to promote talent in the British creative industry? And how do you help small and medium-sized businesses develop their creativity?

Stephen> For the AA, one of our most important strategic deployments in 2019 aims to foster the rising stars of the world's advertising industry. Every November, the AA organises a three-day dedicated training programme in Brighton called Media Business School. 120 young advertising creators are selected and recommended by leading advertising agencies and various media companies in the UK to take part in the training programme.

The attendants will be exposed to top-level industry training specially designed and delivered by the AA in order to become the future senior leaders of the British advertising creative industry.

In addition to the Media Business School, we have been promoting a series of other projects in the past year, including road exhibitions and a selection of activities organised by the British representative of Cannes Creative Festival, such as the AA Acceleration Plan, which supports and encourages British small and medium sized businesses to better establish their brand strategies.

Q> To strengthen exchanges and cooperation between China and the UK is the common aspiration of businesses from both countries. What plans and expectations does the AA have in this regard?

Stephen> It is humble to say that Britain was, and is now, the world's leading advertising industry. It has excellent industry technology and marketing experience, market-proven business operation models, and top industry elites and a variety of advertising agencies owning great experiences and knowledge of the industry. Similarly, China has a vast market and a powerful technology communication platform with rapid development. China also owns huge amount of small and medium-sized enterprises which are in urgent need of expansion, who are also looking forward to strengthening international exchanges with the UK. 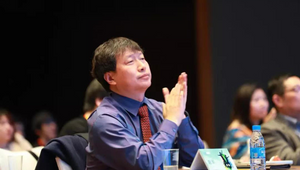 China’s Advertising Takes its Own Path 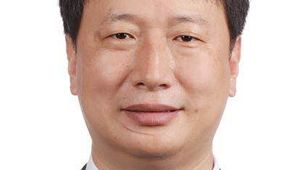 Meet the Sponsors of the LBB & Friends Beach 2019: Modern Advertising 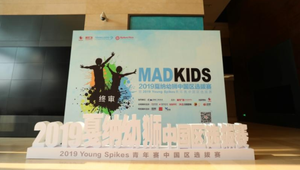