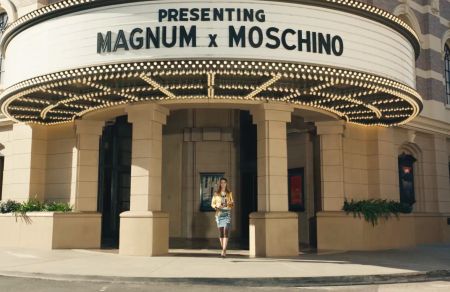 Magnum, one of the world’s leading creators of ice cream and chocolate goodness, have announced its most daring collaboration yet with two of the most celebrated names in fashion. Iconic world renowned fashion house Moschino and international film star and supermodel Cara Delevingne have teamed up with Magnum for their ‘Release the Beast’ campaign to celebrate Magnum Double, encouraging people around the world to embrace and show off their wild side and live the Magnum ‘Dare to go Double’ attitude.  For the second consecutive year, Golin and MullenLowe London, have worked together to launch this multi-channel campaign and this year is even bigger and better than the year before.

Yesterday, following the release of the Magnum x Moschino  film created by Golin, featuring Cara Delevingne, Jeremy Scott of MOSCHINO have launched a new range of highly covetable bags at the Cannes Film Festival. The capsule collection sees the beasts from the film, mischievous and bold as ever, immortalised on brightly coloured prints.

Pleasure Seekers can get their paws on a Magnum x Moschino  bag from the MOSCHINO online store or take part in the exciting personalised gif creator and competition created by MullenLowe London, on the Magnum website (currently only available in France, Netherlands, Germany and Italy and will be live in the UK later in the year).

Last night, pure indulgence and pleasure came together in the coolest place to be in Cannes. Inspired by the wild glamour of Release the Beast and the pop colours of Moschino, the Magnum x Moschino  party at La Croisette was a night to remember.  The event, was hosted by Jeremy Scott with a special guest appearance by the stunning Cara Delevingne. To help guests release the beast, DJ sets from The Misshapes, Sita Abellán and Kiddy Smile entertained throughout the night.

Camilla Scognamiglio, Magnum Global Brand Development Manager, said: “It’s been another fantastic year for Magnum and this campaign truly highlights the brilliant collaborative efforts between us and our agencies and everyone involved. It’s been incredible working with both Cara Delevingne and Jeremy Scott. Looking forward to being able to celebrate the launch in true Magnum style at the Cannes Film Festival.”

Orla Moran, Executive Director at Golin comments: “We’re thrilled to be back in Cannes launching this year’s Magnum campaign after 18 months working behind the scenes on what’s been our most ambitious activation yet for the brand. The Magnum Release the Beast creative is all about inspiring people to embody a fierce attitude to life; saying no to the naysayers and daring to go for it. We couldn’t think of two better placed people to collaborate with in Cara Delevingne and Jeremy Scott to bring this attitude to life and are proud to have got them on board and created a wealth of standout assets with them.”

Lauren Gray, MullenLowe London comments: “Great to be back in Cannes, and supporting this amazing collaboration. Like last year, we’ll be there providing fresh content across digital and social channels, live from the event. Plus, we’ll be providing pleasure seekers even more to indulge in with a specially created Magnum x Moschino bag competition and personalised GIF creator”.

THE RELEASE THE BEAST FILM

To celebrate the wildly indulgent Magnum Double, Magnum has produced the film for the campaign. The 45 second film stars Cara Delevingne and features Jeremy Scott and a number of his iconic illustrations (the ‘beasts’) brought to life by legendary animator Uli Meyer who is most notable for his work on “Who Framed Roger Rabbit” and “Space Jam”.

The film, directed by Jeremy Scott, is inspired by the wild and bold ‘Dare to go Double’ attitude and that ultimate moment of pure indulgence and pleasure that comes from biting into the thick cracking chocolate and velvety smooth ice cream of a decadent Magnum Double. The film sees the ‘beasts’ star-gazed while slyly attempting to get their paws on Cara’s mouth-watering Magnum as she confidently struts through the city streets.

Jeremy Scott brings his signature, colourful and edgy style to life in the ultimate expression of those who dare to go double and aren’t afraid to go show their wild side through fashion. The Magnum x Moschino  bag capsule collection includes seven bespoke bags inspired by different beasts; an eagle, leopard, lion, panther, snake, tiger and wolf who are each enjoying a Magnum Double and decked out in MOSCHINO.

The Magnum beasts represent the empowered and fierce side in all of us. Drawing inspiration from this, Jeremy Scott recreated these daring characters with a MOSCHINO twist. The bags come just in time for summer making them the perfect accessory for Pleasure Seekers to show off their wild side and embrace the dare to go double attitude.

Cara Delevingne comments: “When the opportunity came to me to showcase Magnum’s Release the Beast and Dare to go Double attitude in the film, I was all for it – it was a perfect role for me. I think it’s important to be who you want to be and do what do you want to do without feeling judged. We should be fearless and sometimes that manifests into being wild, and other times it’s taking that moment to indulge in life’s little pleasures. Jeremy and I are friends, but haven’t yet worked together on something like this so it was really fun. He turns the attitude into something wearable – a complete expression of what Magnum is all about”

Jeremy Scott comments: “The collaboration with Magnum, from designing the beasts to directing the film has been beyond fun for me. Working with Cara was amazing, and being bold with fashion is something I try to bring to life in my work every day. Fashion is that element of expression that gives you pleasure and allows to you show off your personality and attitude.  It’s fun to be able to give people that outlet. I’m so excited for you to see what we’ll be sharing in Cannes – watch out for the beasts!” 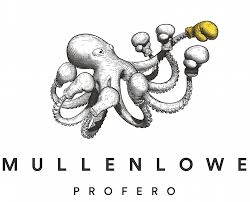 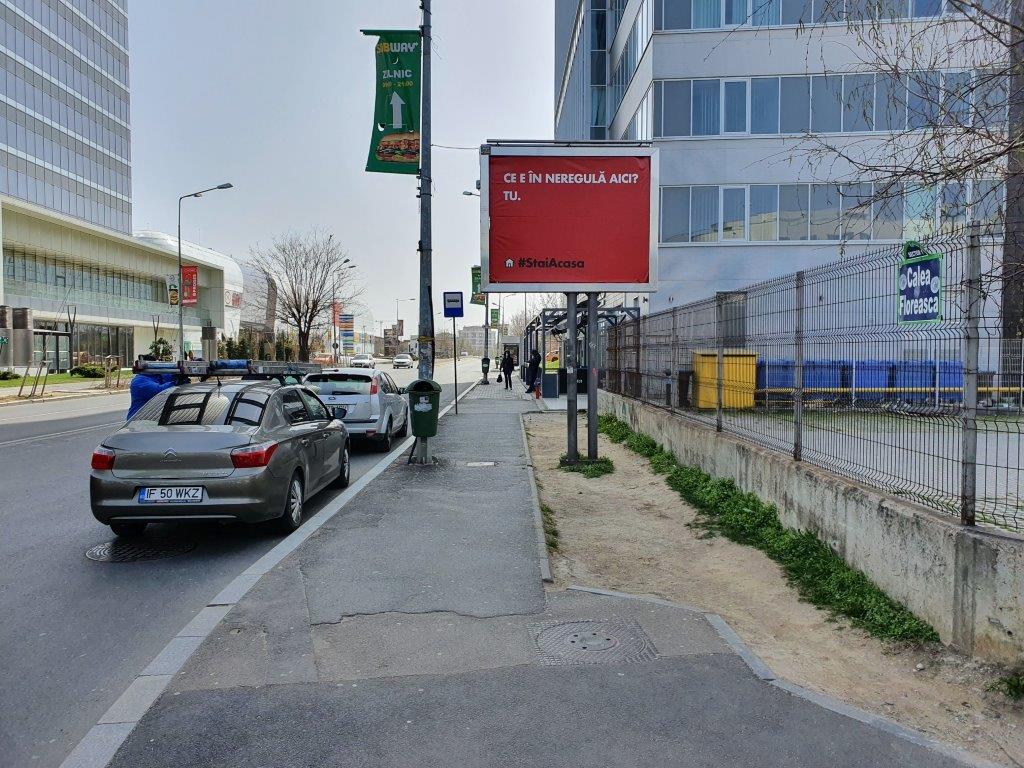 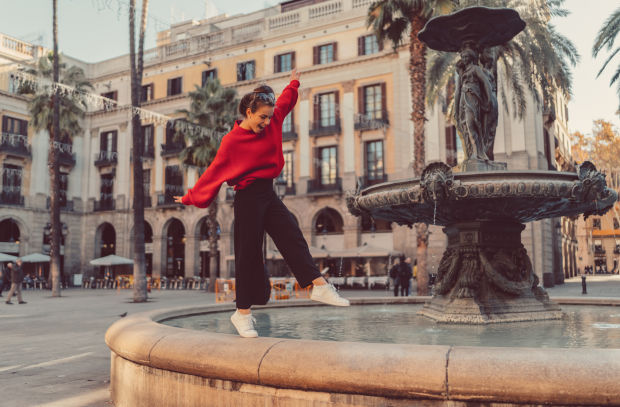 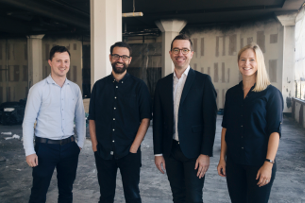 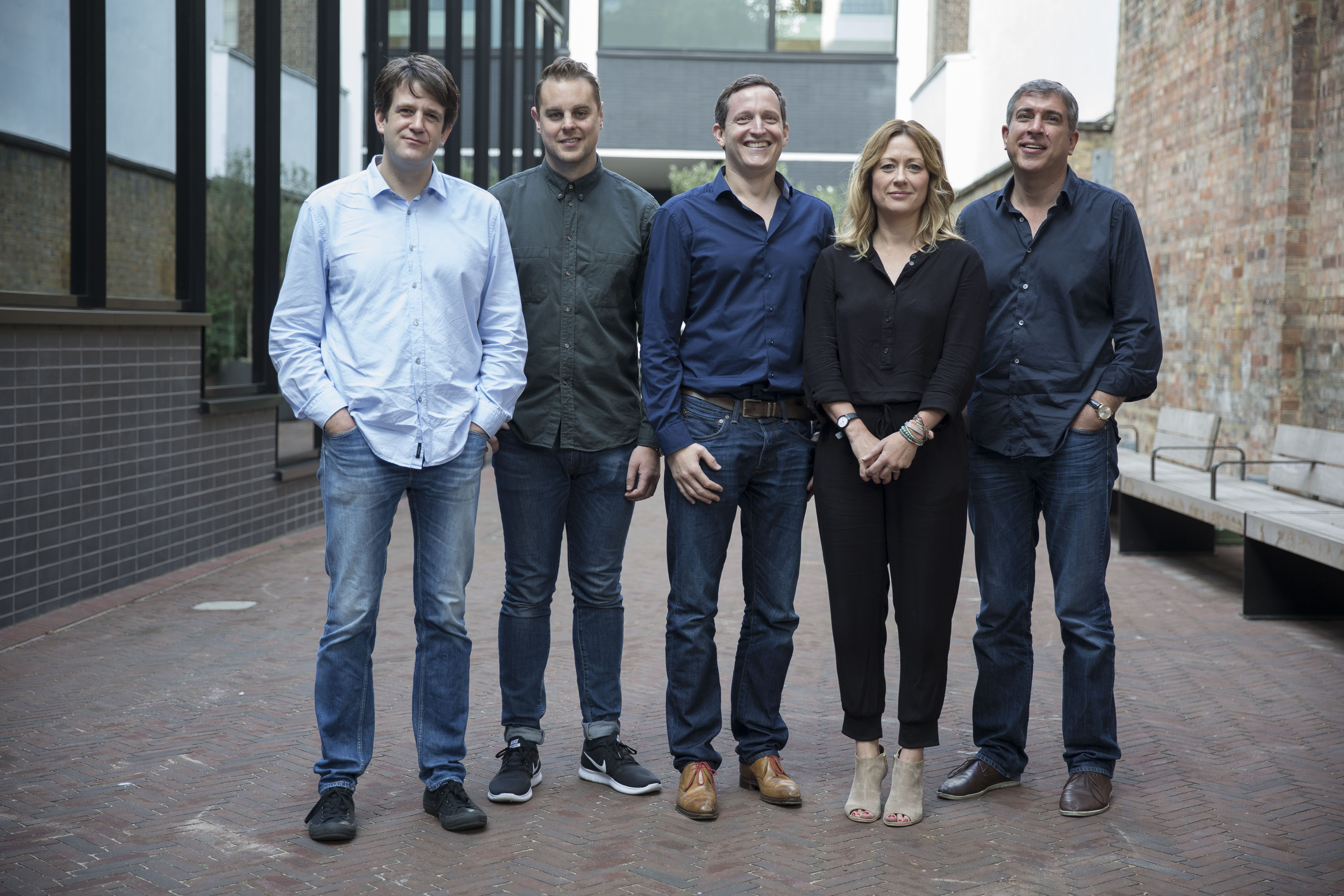 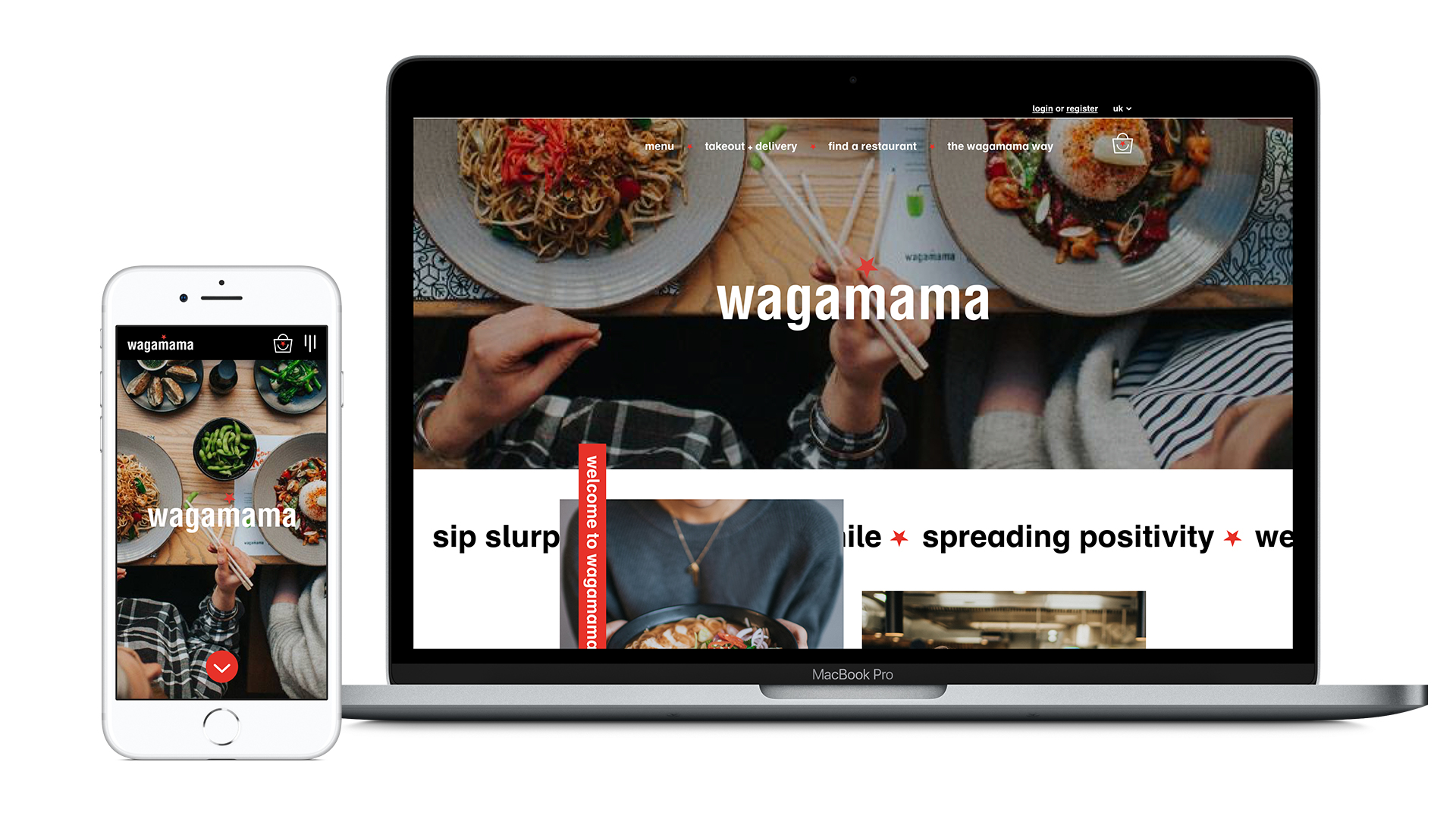 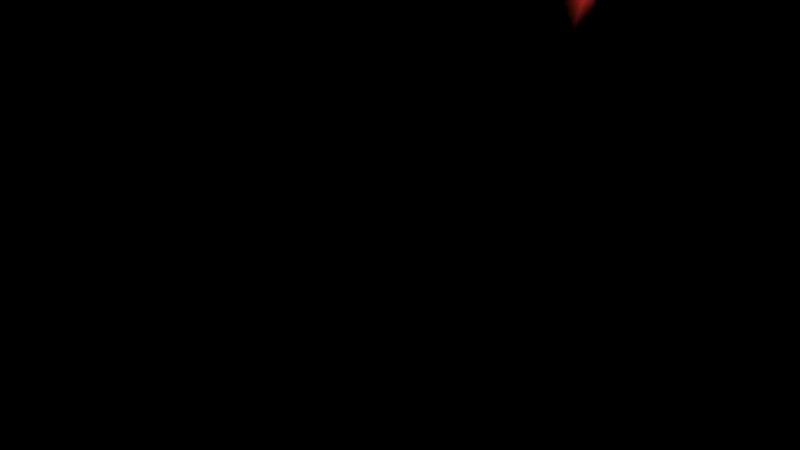 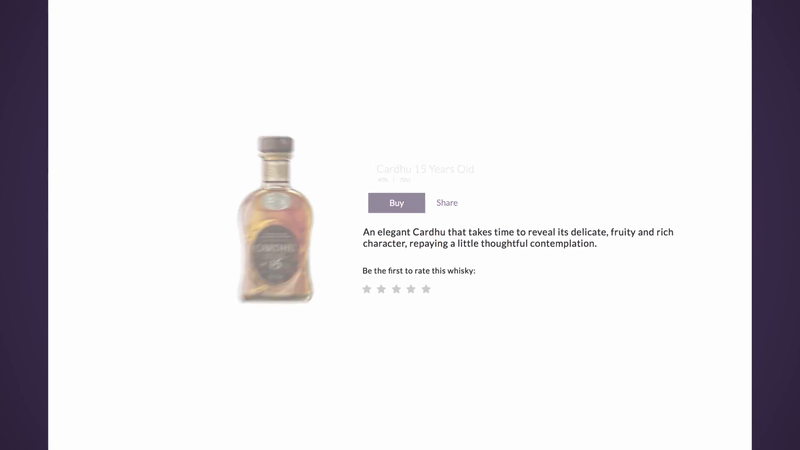 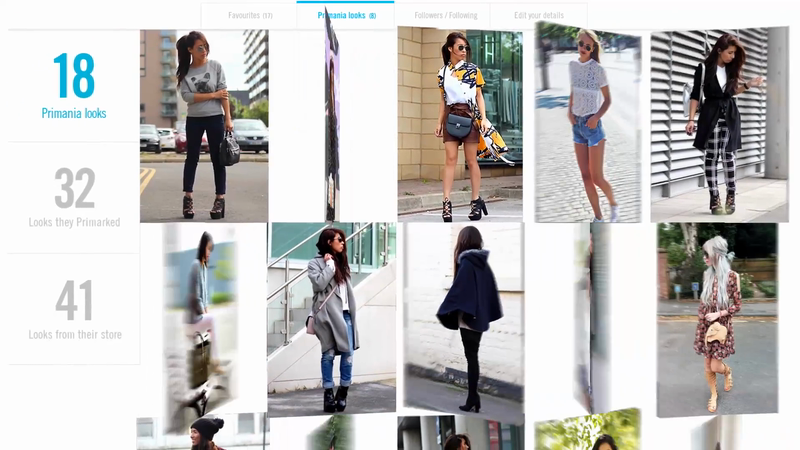