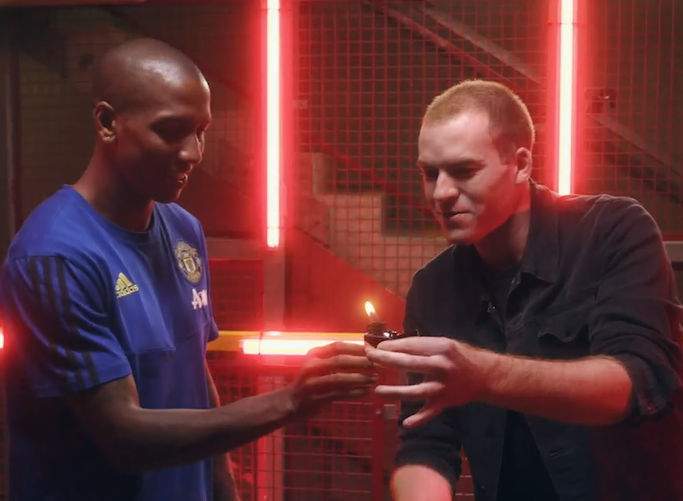 Mob Sport recently produced an engaging and immersive piece of online content, sitting on the channels of both Virgin Money and Manchester United.

A stylised piece of content, the project aims to draw interest from a global audience, marrying magic with football.

Shot in the Stretford End concourse within Old Trafford, Mob Sport dressed the space in red Astera tube lighting, harnessing a moody and on-brand environment for both the magician and players.

Director Martin McGreal comments: "It was critical that this project created a dramatic and heightened environment for our magician to wow the players on set. This backdrop, married with the astonished and bewildered reactions, made the edit."

This project will be running on digital platforms (both Virgin Money and Manchester United).