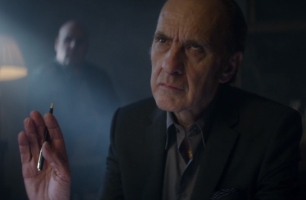 Gillette has marked the UK launch of its subscription service – Gillette Club – with a national advertising campaign to showcase the idea that its offer is so good, it can’t be for real. The campaign, fronted by a digital film, is aimed at encouraging men to sign up and get blades shipped right to their front door, whenever they need them.

In an entertaining and fun send up of the mafia genre, Gillette imagines the underground organisation getting in on 'the deal.' The cocky up-and-coming kid brings The Boss an offer he could, but probably shouldn’t, refuse. In the end, loyalty pays.

The film, shot in a dramatic cinematic style, is directed by German-born Kai Schonrath and features theatre and film actor Jordan Misfúd in the lead role, while the campaign is supported by digital film, TV copy, print, social, banners and online.

“Gillette Club might feel like it’s too good to be true, but there’s no catch to it. It’s the real deal, you just have to join the club, and this campaign is here to tell that story,” said Tina Koehler, Northern Europe Brand Manager for Gillette.