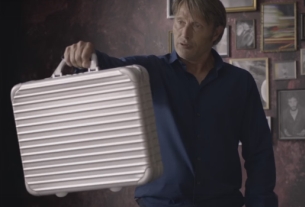 Award-winning Danish actor Mads Mikkelsen stars in his third short film produced by Danish furniture retailer BoConcept. Following up the two previous films – ‘The Call’ and ‘The Guest’ – in ‘The Fight’ Mads is paid a visit by two BoConcept Interior Decorators. But what they find when they arrive on his doorstep is perhaps not quite what they were expecting…

Although the film is just under 3 minutes long, it’s packed with action and special effects: "It’s been a while since I have had a more physically demanding role like this one," explains Mads Mikkelsen. "I really enjoyed doing these stunts – I may just have turned 50, but I am in super shape and I think it is so much fun to do things like this."

Mads was guided through the stunts by the professional stunt coordinator Kimmo Rajala: "Mads is very athletic and eager to make it look just right, so it was one of those projects that was a real pleasure to work on."