Trends and Insight 157 Add to collection 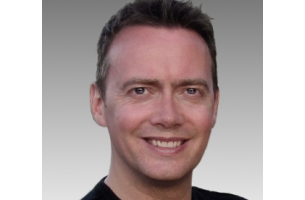 Now George Osborne has announced a UK trial of driverless lorries as part of his budget, we need to consider the future of humanity.

Whilst these HGV's bid to reduce road accidents, fuel usage, and delivery times, when it comes to automation and the future of humanity, the real issue at stake is the impact of automation on the global labour market.

However, when it comes to automation and the future of humanity, the real issue at stake is the impact of automation on the global labour market.

In his book, Humans Need not Apply, Jerry Kaplan, who teaches ethics and the impact of A.I at Stamford University, is optimistic that our future is more Star Trek than Terminator, but warns: "without some foresight and action now, we may condemn our descendants to half-a-century or more of poverty and inequality, except for a lucky few." He concludes that "the potential damage to our global labor ecosystem deserves a level of attention comparable to that of climate change".

Osborne's announcement is not the only watershed moment in A.I to have taken place. On March 9th, a computer program named AlphaGo made history by beating world champion Lee Sedol at the ancient Chinese game of Go. The rules of Go are simple but it is the way in which AlphaGo is played (through intuition) that makes it so significant.

Today, computers are being modelled on the human brain, designed to learn by (many millions of) examples. This is known as a Deep Neural Network. For artificial agents to be considered truly intelligent, they should excel at a wide variety of tasks that are considered challenging for humans.

Another breakthrough in A.I was reported in February, when a paper published in Nature magazine reported that a reinforcement learning agent, termed a deep Q-network (DQN), was able to surpass the overall performance of a professional human reference player across a range of 49 game scenarios - representing the first time a computer program has learned to "think" for itself across a wide range of scenarios.

Both AlphaGo and the DQN are the creations of Demis Hassabis and his partners Shane Legg and Mustafa Suleyman. Hassabis' company, Deep Mind, was acquired by Google for a reported £400 million and Deep Mind Health is already working in partnership with NHS clinicians to develop technologies such as Streams, which will revolutionise the diagnosis times of kidney failure.

A.I and automation can be thought of in two categories: forged labour and synthetic intelligences. Forged labourers are, if you like, most often the 'blue collar' workers of the automated world - the robots who will be manning the work stations in 'dark factories', where there is no need for lights or workers' rights. Synthetic intelligences are most often the 'white collar' 'professionals. For instance, the automated lawyers at the real-life American law firm of Robot Robot & Hwang, or the supercomputer 'doctors' who are predicted to replace G.P's.

So what about those of us in the communications and customer experience industries? Are the robots coming for our jobs too?

Automation has, of course, already transformed our industry. The behind-the-scenes, faster-than-human thought, bidding war that takes place every time a re-targeted ad wins the right to load on our web browser is one example of synthetic intelligences in action.

Over the next decade, there will be a whole new range of products and services that we can help to bring to market. Already in commercial development are robots which will weed our gardens; carry our shopping; and care for our elderly relatives. Acclimatising the public to these will require the skills of empathy, insight and creativity that our industry possesses in abundance.

If the tsunami of societal changes predicted by those working at the cutting edge of A.G.I do materialise, (to oversimplify - the rest of the population existing on a universal basic income supplemented by their own creative efforts and income from assets), the brands we choose may have an even bigger role to play in shaping and define our identity.

Creativity is predicted to be one of the last skills that A.G.I can master. Kaplan speculates that, in the distant future, creativity may well be the only reason the machine intelligences we initiated can see to keep us alive. If the future feels scary, it is our creativity that we must cling to as our life rafts. I am confident that it will be the extent of our empathy; the intuitive leaps in our logic; the ingenuity of our imaginations; the humanity of our insights; the quirks in our humour, that will mark us out, not just from the management consultants, but also the machines.

This article was originally published by Huffington Post UK