Macy's Celebrates the Spirit of Christmas in Joyful Campaign 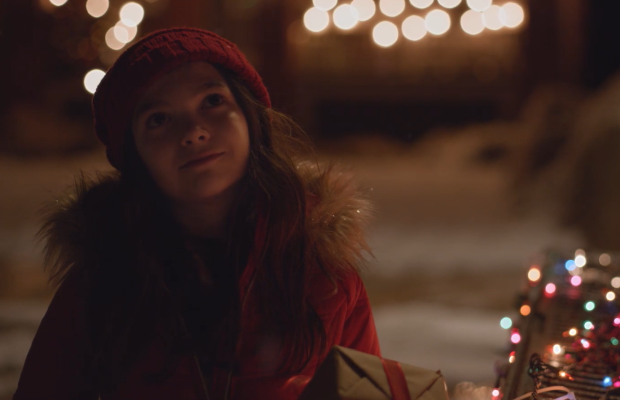 Beginning this Sunday, Nov. 3, Macy’s holiday campaign, Santa Girl, will inspire all to believe in the wonder of the season. Starring The Florida Project’s Brooklyn Prince as Virginia, a would-be Santa with unwavering spirit, and directed by the Oscar-nominated Garth Davis, the new commercial reminds both young and old that anything is possible if you believe.

“At Macy’s, we know the power of celebration, bringing friends and family of all generations together, whether shopping in our stores or enjoying our iconic events,” said Rich Lennox, Macy’s chief marketing officer. “With Santa Girl, we’ve created one of our most powerful campaigns to date, bringing to life the magic and wonder of the season, while further positioning Macy’s as the gift authority and Believe as the emotional epicentre of the holidays.”

You can check out the heartwarming spot below:

After seeing Santa in Macy’s Thanksgiving Day Parade on TV, our hero, Virginia, decides she wants to spread joy throughout the world just like St. Nick. When she voices that dream at school, she is quickly challenged by a fellow classmate who tells her she can’t be Santa – because she’s a girl.

Virginia’s parents create a plan to make her wish come true and show their daughter the wonder of the holidays. In the middle of the night on Christmas Eve, Virginia awakens to find the family truck transformed into a magical, glowing sleigh loaded with gifts from Macy’s. With her belief fully restored and stronger than ever, Virginia takes to the snowy streets in her new “sleigh” to leave gifts on her neighbour's doorsteps – spreading wonder and joy all over her sleeping town.

Viewers will follow Santa Girl on a sweetly personal journey, as she discovers the power of magical thinking and shows everyone that Santa’s spirit is within all our hearts.

Produced by Macy’s in collaboration with BBDO New York, Macy’s creative agency partner, the 30- second anthemic spot will air across television, online video and social, along with robust supportive content, including an extended two-minute version, available on youtube.com/macys, that feels more like watching a film than a traditional ad. Also contributing to the story is the Emmy®-winning cinematographer Adam Arkapaw (“True Detective”) and Oscar®-nominated, Emmy-winning composer Dustin O’Halloran (“Lion”).

Additionally, this year’s iconic Macy’s Herald Square holiday windows on Broadway titled “Believe in the Wonder” are inspired by Santa Girl. The theme is brought to life by combining modern technological and

interactive elements with old school artistry; forming a unique connection that results in an original and imaginative display for visitors of all ages from around the world.