Campaign includes a towering tribute to Aussie farmers, to be unveiled in Tamworth, this Australia Day 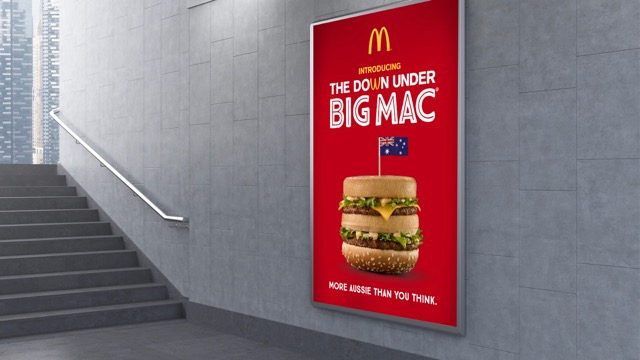 This Australia Day, via an integrated campaign from DDB Sydney, Eleven, OMD and VML Australia, Macca's is showing consumers just how Aussie the iconic Big Mac is.

The campaign idea, developed by DDB Sydney, aims to flip perceptions upside down, literally, by encouraging consumers to turn their favorite burger upside down the 'Aussie Way'. Dubbed the 'Down Under Big Mac', the high impact outdoor, digital and social campaign aims to encourage consumers to think differently about their Big Mac.

Says Jo Feeney, director of marketing, McDonald's: "It's our local ingredients and suppliers who help make our iconic products taste so great. We're proud of them and proud that our business has an incredible Aussie foundation. We wanted to challenge consumer's perceptions in a fun and engaging way, and also honour our farmers.

Through PR agency Eleven, Macca's is building on the celebration by thanking the local legends who produce ingredients that go into the Big Mac, in the biggest way they can - by launching the 'Down Under Big Big Mac' as part of Australia's famous list of 'big things' that honour local produce. 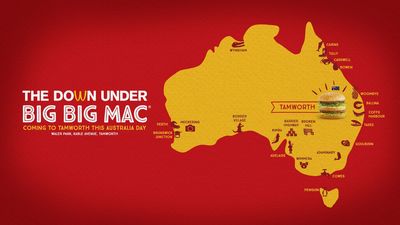 Macca's towering tribute, which is being unveiled in the agricultural hub of Tamworth this Australia Day, stands more than eight metres tall.

Says Feeney: "We're a proud nation, which is why when we celebrate all things Aussie, including local produce, we do it in a big way. From the Big Banana, to the Big Prawn and Merino, these are clear indications of the pride we have in what Australia has to offer, and are understood country-wide." 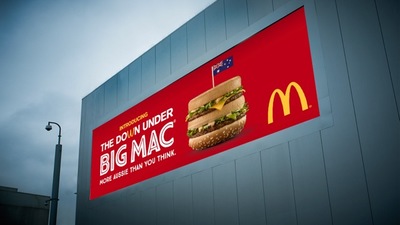 A two-minute film has also been produced by Eleven for use across Macca's owned channels and editorial purposes. The film educates people on three of the farms involved in the supply of ingredients for the Big Mac, as well as construction footage of the Down Under Big Big Mac.

The campaign will also be leveraged on social by VML Australia with customers being encouraged to give their own nod to the country's farmers by enjoying their Big Mac 'Down Under' style, upside down, and sharing a snap this Australia Day. 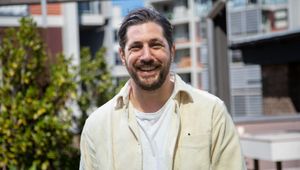 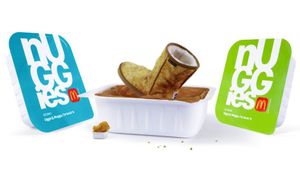