Mac & Cheese? Pizza? Or Best of Both? 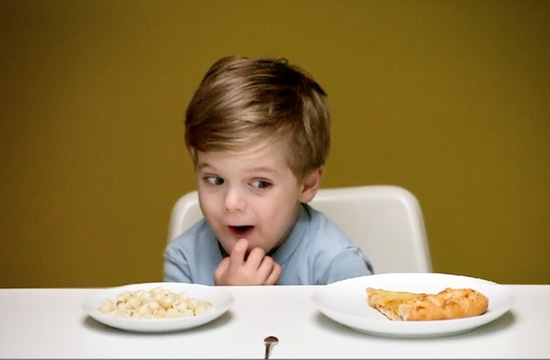 Inspired by the famous Stanford University marshmallow tests in the 1960’s, San Francisco agency MUH-TAY-ZIK | HOF-FER has just launched a two-minute web film in which children are asked to choose between eating a plate of Annie’s Homegrown Mac & Cheese and a slice of Annie’s Pizza right away or delay gratification and be rewarded with the company’s latest product that combines two in one - their Mac & Cheese Pizza.

The original marshmallow tests have been often repeated with hilarious results. Aside from the research into childhood development, we all learned that watching kids have their self-control tested elicits uncontainable belly laughs. But perhaps nothing compares to the reactions of these kids when asked to wait ten minutes so that they can enjoy both their favourite Annie’s Homegrown meals in one with the new Annie’s Macaroni and Cheese Pizza.