With creative by Iris, Lyle’s Golden Syrup unites with the nation’s favourite cooking show which has recently found a new home on Channel 4 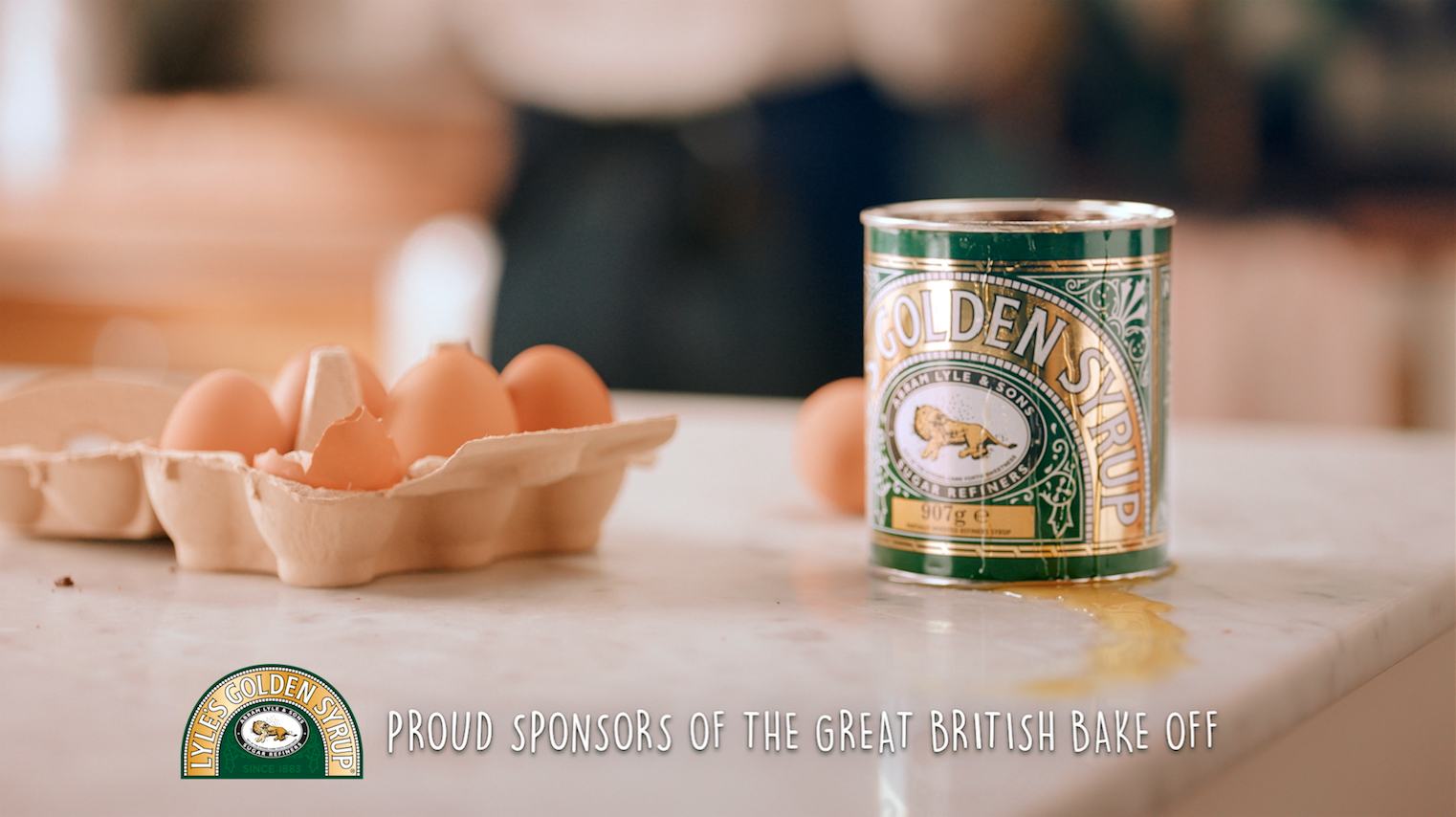 In a series of five and ten second idents Lyle’s Golden Syrup and creative agency iris celebrate the famously sticky British baking staple. With seven idents produced in total we discover the stickiness of Lyle’s Golden Syrup in a new way, whether that be stray trails of syrup stopping eggs rolling to their demise, tins stuck to the worktop, lids to the cake slice or as a quick fix to a broken gingerbread man.

The work builds on the success of the 2016 campaign “Sticky But Worth It”, also created by iris, which marked a return to TV advertising for the first time in 25 years and also aired on Channel 4. The sponsorship idents will be shown during every episode of The Great British Bake Off, the spin-off show ‘Bake Off: An Extra Slice’ presented by Jo Brand, as well as festive episodes. The show is returning to the nation’s screens on Channel 4 at 8pm from Tuesday 29th August.

Lyle's Golden Syrup is one of Britain's most iconic brands, with the world's oldest unchanged packaging. The product remains the same in the 21st century kitchen cupboard, as it was in a 19th century larder - a baking essential loved by generations.

“We’re as proud as a master baker of these idents -  delightful little product demonstrations that will have you rushing for your rolling pin.” David Prideaux, Joint ECD

“As one of the nation’s favourite kitchen cupboard staples, we are very excited about joining the Great British baking obsession. The new idents celebrate Lyle’s Golden Syrup in all its sticky glory and bring out the fun and charm of the brand.” Tamas Fuzer, European Marketing Director, Tate & Lyle Sugars

With a new Channel 4 home, the show is now in its eighth series and welcomes restauranteur, food writer and novelist Prue Leith who will be joining Paul Hollywood as judge along with presenter, comedian and writer Sandi Toksvig OBE and comedian and actor Noel Fielding, as well as the all-important twelve new bakers.
video
Tate and Lyle British Bake Off
view more - Creative