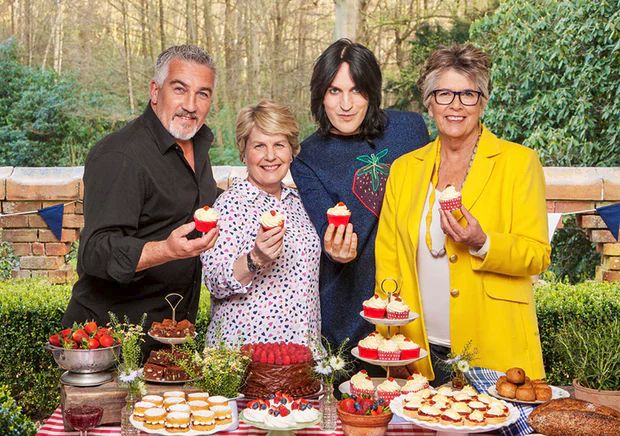 Channel 4 today announce Lyle’s Golden Syrup and Dr. Oetker with their range of home baking products as the broadcast sponsors of The Great British Bake Off, set to return to screens this autumn for the eighth series.

In its new Channel 4 home the show welcomes restaurateur, food writer and novelist Prue Leith who will be joining Paul Hollywood as judge along with presenter, comedian and writer Sandi Toksvig OBE and comedian and actor Noel Fielding, as well as the all-important twelve new bakers.

The seven figure dual partnership for 2017 includes the Jo Brand presented spin off show Bake Off: An Extra Slice as well as festive episodes.

4 Sales were responsible for brokering the deals together with Lyle’s media agency m/SIX and MEC for Dr. Oetker. Creative agencies Iris and Cheetham Bell will create the brands' respective sponsorship idents.

The partnership with Lyle’s Golden Syrup builds on the success of their sponsorship of weekend mornings on Channel 4 in 2016, which marked a return to TV advertising for the first time in 25 years. Dr. Oetker’s sponsorship of The Great British Bake Off represents the first time the baking brand has ever sponsored primetime TV programming.

“We’ve had such a great response from a huge range of advertisers wanting to feature in the series, including our new cross-platform superspots and the creative launch ad-break. We’re excited about working with them all ahead of the launch of the biggest show on TV this autumn.”

Tamas Fuzer, European Marketing Director, Tate & Lyle Sugars said: “We are proud to announce Lyle’s Golden Syrup as joint broadcast sponsor of the beloved Great British Bake Off for 2017. As one of the nation’s favourite kitchen cupboard staples, we are very excited about the opportunity to join the celebration of the Great British baking obsession and look forward to all the thrills and spills of the forthcoming season.”

Jan Mckee, Executive Head of Marketing, Dr. Oetker UK said: “We’re delighted to announce Dr. Oetker as the joint exclusive broadcast sponsor of Great British Bake off for 2017. As one of Britain’s favourite baking brands, we’re proud to share the nation’s passion for baking so clearly expressed in the love for the show. We’re looking forward to being inspired by this season’s 12 new bakers  and hopefully encouraging many more to head to the kitchen to give it a go!”

Mike Enness, Client Services Director, m/SIX said: “The Great British Bake Off is a British institution, and what better brand to sponsor its new home on Channel 4 than another Great British baking institution – Lyle’s Golden Syrup. We are hugely excited to bring together one of the nation’s most loved shows on TV with one of its favourite baking brands.”

Simon Price, Deputy Managing Director, MEC said: “MEC are delighted to mix together the UK’s leading home baking brand with one of the TV events of the year.  Partnering with our friends at Channel 4 we have developed a partnership that will truly be a recipe for success.”