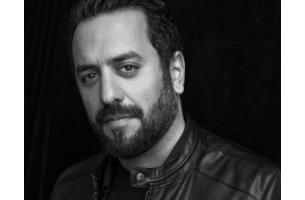 “I am very pleased to have Lulo as part of the agency to direct the creative team. He is a bright professional with lots of experience and an excellent personality. The experience accumulated during his career will be key to the future development of FCB Buenos Aires,” said Puiggari.

“Lulo has the talent we need to consolidate the creative path that FCB Buenos Aires began some years ago. FCB’s culture today is focused on quality, creative ideas that change behavior. Lulo has the perfect profile to nurture and develop our culture in such a creatively competitive country as Argentina,” added Polar.

Calio’s advertising career began at age 19 in Group Y&R. There he designed for Converse All-Stars, Citibank, Revlon, Ford and other brands as he finished his training in graphic design and image and sound design at the University of Buenos Aires.

During the following years, he became an art director where he began to participate in regional projects and awards submissions. In 2007, he joined FCB, where he worked as an art director for Kraft Foods, Mondeléz International, Telecom Personal and BMW, among other brands. Two years later, he was promoted to creative director. Between 2011 and 2012, he helped FCB become the most-awarded Argentinian agency at Cannes Lions and at the Clio Awards.

At the end of 2012, Lulo joined DAVID as creative director for Coca-Cola, Burger King, Staples and others. There he led global projects and campaigns for the agency.

In early 2015, he began working at Santo, which was selected as one of Coke’s three major agencies. At Santo, Lulo was the creative director for Coca-Cola, Avon (Global), Buchanan’s, Sony and the Quilmes Brewery brands.

“I am delighted to be part of FCB during this new stage of its long history. I’m happy to be back at a place where I learned a lot during the early years of my career. With the support FCB Buenos Aires has from the global network, the large clients and the team that is being built, there is no doubt that it is in an exciting growth stage,” said Calio.

FCB Buenos Aires currently has clients such as Beiersdorf, Mondeléz, Chrysler Argentina and Latin America, SABMiller, NewSan, Fargo and Pernod Ricard, among others.