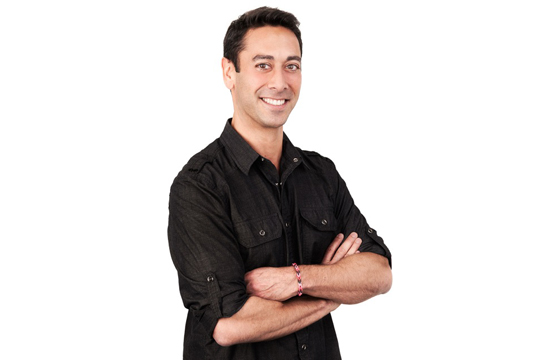 TBWA\Chiat\Day Los Angeles has appointed Luis DeAnda to the role of General Manager, as part of the executive leadership team for the agency.

This is a new role for the expanding agency group, and DeAnda will report directly to agency President, Carisa Bianchi.

DeAnda (43) joins from TBWA\Media Arts Lab, where he was most recently Global Managing Director for TBWA\MAL’s international network. As part of his new role, DeAnda will focus on agency operations, client management and talent management for the Los Angeles office. He will also continue to partner with TBWA\MAL’s leadership in helping the Apple brand expand into key global markets.

Bianchi commented, “As our agency model has evolved to include Digital Arts Network, Shopper Arts Network, BEING and Let There Be Dragons within the TBWA LA Group, it is important that we have a strong leadership team in place to help manage and grow the different capabilities and new business opportunities. Luis is a TBWA veteran who has tremendous experience internationally and in growing global business. We’re thrilled to welcome him to the LA office.”

With over 20 years agency experience and having worked across 15 countries, DeAnda is a California native who started his career at Winkler Advertising in San Francisco. He then joined Publicis and Hal Riney, managing the Sprint Telecom business. In 2002 he joined TBWA\Chiat\Day and headed to Tokyo to run the global Nissan account team.

While in Japan, DeAnda seized an opportunity to grow TBWA’s presence and client base and helped to establish TBWA\Japan. Within two years there were 70 people at TBWA\Japan working with global network clients including adidas and Pernod Ricard. DeAnda was actively involved in creating the joint venture with Hakuhodo that resulted in TBWA\Hakuhodo and is today TBWA’s presence in the Japanese market, serving both domestic and international clients.

In 2007, DeAnda helped to establish TBWA\MAL in Asia, including key offices in Tokyo, Shanghai, Seoul and Sydney, while also continuing to grow TBWA\Hakuhodo. In 2009 he was promoted to Chief Operating Officer of TBWA\Hakuhodo and during his tenure the agency grew from 275 employees to over 400, maintaining a strong portfolio of clients and bringing in new clients including P&G and Ikea. The agency was also named Ad Age’s International Agency of the Year 2011 and Campaign’s Creative Agency of the Year in 2010, 2011 and 2012.

In 2012, DeAnda returned to the U.S. after almost 10 years in Asia. He joined TBWA\Media Arts Lab as Managing Director International & Network.

Speaking on the opportunity, DeAnda commented, “I’m not only excited about this next chapter of my career with TBWA, but that it’s with TBWA\Chiat\Day LA, one of the most iconic offices in our network. I have heart and soul for this place. And with its strong mix of local and global clients, super dynamic culture and track record for delivering some of the most iconic creative work ever, I believe there’s unlimited potential.”