Lucy Celebrates the Holidays with #ChildsPose

Elizabeth Banks behind the camera for mono's amusing advice video 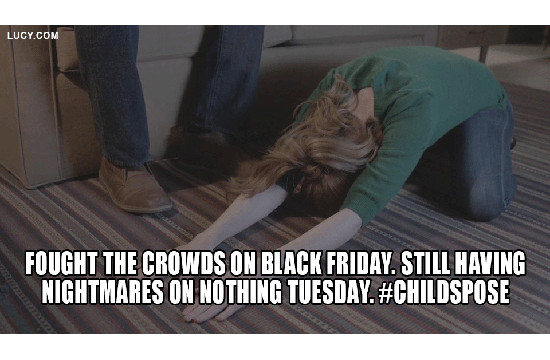 It is a big week for actress Elizabeth Banks, between "The Hunger Games: Catching Fire" setting a box office record over the Thanksgiving weekend and the debut of a new spot she directed and that mono in collaboration with Camaraderie Films in Los Angeles produced for the women's performance apparel company lucy®.

The holidays are one of the most wonderful times of the year – but they can also be the most overwhelming. Unlike the many brands pushing products this holiday retail season, lucy is unveiling a new social campaign around this new spot designed to bring some humor and enjoyment to a time of year that is usually associated with stress. The campaign encourages women to take a deep breath and drop into child’s pose – the yoga pose associated with physical and psychological relaxation.

lucy’s agency of record, mono in collaboration with Camaraderie Films in Los Angeles produced the short, humorous film directed by Banks – well-known for roles in “The 40-Year-Old Virgin” in addition to “Hunger Games.” The film features a series of difficult situations that every woman can relate to – like the time you realized your friend handmade your present and you just got her a card – and resolves with the main characters relaxing into child’s poses right where they are.

lucy and mono are extending campaign reach through the hashtag #ChildsPose and a number of social assets, including shareable gifs and memes (some examples attached).

Building on its recent experiential marketing initiative the Lucy Light Forest – also created by mono and that lucy will be rolling out throughout the country in 2014 – lucy is continuing to break through the competitive women’s activewear space with the #Childspose campaign. This newest marketing activation is aimed at winning the hearts of fitness enthusiasts through knowing humor, in a way that is fresh and true to the brand. lucy wants women to know that while celebrating and encouraging women's commitment to a fit and healthy lifestyle is something they take very seriously, so is fun.