One of the UK’s top documentary and commercials directors 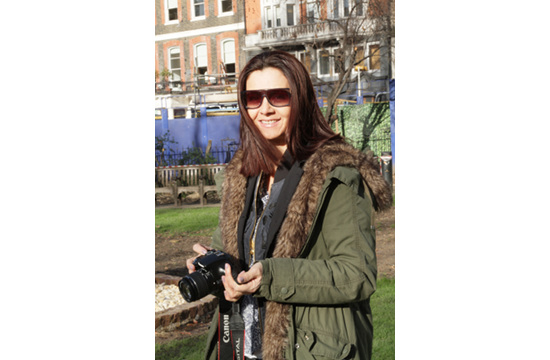 Lucy says: "I'm very excited to be part of Another and look forward to what the future brings. I wish Emily (Bliss) the very best in everything as we have enjoyed many happy and successful years working together."

Another’s MD Nicky Flemming: "We’re absolutely delighted to have Lucy and her Producer, George Saunders, here at Another. Lucy's work has great attention to detail and is full of humanity. Her work not only delivers great performances, but is visually arresting too. “

Blakstad is just about to start filming a Betty Crocker Brand film for the UK with a distinctly vintage twist and is also in development on her latest feature length documentary.

Lucy Blakstad is known for her distinctive directing style that combines cinematic imagery with great performances.

She is a BAFTA award winning director who is as well known for her documentaries as she is for her commercials.

Critically acclaimed documentary work includes "Lido", "Carlos Acosta the Reluctant Ballet Dancer”, the series "Naked" about how you feel about your body at different life stages and a trilogy called "Bridges" which took her to Bosnia and New York.

It’s Lucy interest in new opportunities and formats that brings the freshness that permeates all strands of her work.

Her short film "The Birthday" was one of twelve films selected for the International Berlin Film Festival and was shortlisted for the Turner Short Film Prize.

Lucy’s installation art film "Shipping Forecast", for The National Maritime Museum ran on a giant video wall in the entrance for five years.

She’s written and researched a book to accompany her BBC “Bridges” series and recently staged a full scale theatrical show in Havana featuring her stills and video projections as part of the set.

Lucy is obsessed by dialogue - particularly overheard conversations and records them obsessively. She is a nightmare to sit next to at a dinner party as she will have your life story down within minutes.

Lucy is very tall and her surname is a small Norwegian town just outside of Oslo.

She has met and filmed Fidel Castro which was a huge ambition realised.

Another Film Company is an award winning, London based production company.