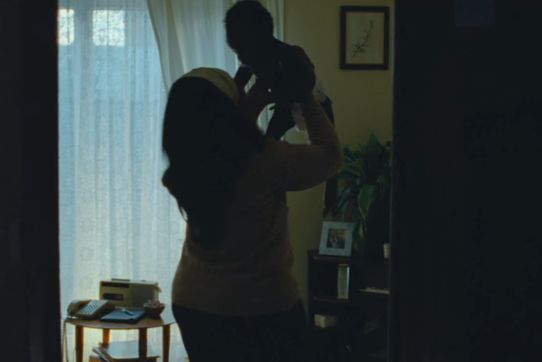 Valenstein & Fatt (the creative agency formerly known as Grey London) has unveiled the latest film that builds on last year’s launch of Lucozade Sport’s new brand positioning called Made to Move. It features world championship boxer Anthony Joshua. The emotive 90-second short film highlights an attitude that has made Joshua the fighter he is today: Nobody moves forward by standing still. A chronicle of his life, it is a beautiful portrayal of how his innate desire to keep moving forward has put him at the top of his game, now competing in the hotly anticipated World Heavyweight unification blockbuster against Wladimir Klitschko.

The spot breaks online before debuting on TV on Monday 24th April, kicking off an intensive media buy in the build up to the fight of the year – including high-profile slots around the weigh-in and press conference, as well as becoming the final ad to air directly before the sell-out bout at Wembley Stadium.

Steven Hind, Marketing Director at Lucozade Sport says: “Anthony Joshua personifies Made to Move. His rise to the pinnacle of his sport shows that this is a man who’s never stood still, and while Watford to Wembley is not far geographically, emotionally it is immense. We’re proud to support an athlete inspiring more people to get active than perhaps any other right now.”

The film is the first authentic, gritty reveal of Anthony Joshua’s life. It plots his stunning rise from humble beginnings to the pinnacle of his sport, bricklayer to Olympic champion – and beyond. Not only does it feature Joshua himself, but also the fighter’s close friends and family. His mother, Yeta – with whom he still lives – features throughout at Joshua’s request, to pay tribute to the unwavering supporting role she’s played throughout his life. Other scenes include Joshua’s cousin, Benga Ileyemi, who first introduced him to boxing.

As well as launching on TV, the film will be broadcasted via video-on-demand and YouTube, while a PR campaign will be handled by Mongoose. All media will be bought by Mediacom.

The film – described as a ‘passion project’ by those involved – was directed by Christopher Hewitt through Smuggler and the soundtrack is Kettering by The Antlers.

Leo Rayman, CEO at Valenstein & Fatt, says: “Anthony’s story takes the Made to Move platform we created with Lucozade Sport to an entirely new level, taking us on an extremely personal journey with one of the greatest boxers alive today – if not the greatest. The shape and level of work we produced for Lucozade Sport here is testament to the benefits of close, longstanding client/agency relationships. It fundamentally led to this being so much more than just another campaign for a sports drink, it’s a transformational idea – a philosophy even - that has been driven right through the heart of the Lucozade Sport business. These are the kinds of ideas that immerse brands in the white hot core of culture, something we are incredibly proud to put our name on here at Valenstein & Fatt.”

Anthony Joshua fights Wladimir Klitschko for the IBF World Heavyweight title, the IBO Championship and the WBA Super Championship at Wembley Stadium, in front of a sold-out, 80,000+ crowd and live on Sky Sports Box Office, on Saturday 29 April.

Anthony Joshua is an ambassador for Lucozade Sport’s Made to Move Campaign, inspiring the nation to become more active. The campaign aims to get more than 1 million people in the UK moving more by 2020.