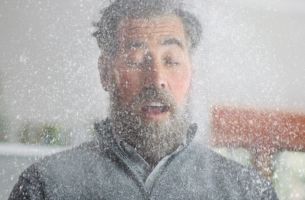 Leo Burnett Chicago tapped Lucky 21’s Rob Pritts to direct the refreshing introduction of Centrum’s new Vitamints. In the spot, a husband is surprised by the burst of winter ushered forth with the twist of the Centrum cap of Vitamints. His wife, also covered in a fine dusting of snow, replies to his discovery with an air of knowing appreciation.
Casting was a balance of hair and performance; with actors – especially the husband – who could be coated with winter white and react to the surprise without being overly wacky.
“We all agreed that the tone should be more curious calm than over the top. There had to be a layer of real to the surreal premise,” explains director Rob Pritts. “Most of the spot is without dialogue, so expression is everything.”
video
Rob Pritts Directs Launch Spot For Centrum Vitamints Via Leo Burnett
view more - Creative