Luminous film, dynamic visual effects and celebrity talent are at the core of of Norry’s projects 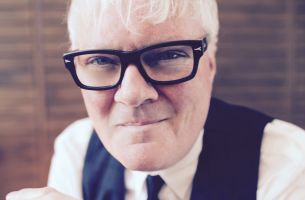 “Tammie Kleinmann [Lucky 21 CEO] and I have crossed paths for many years. I’ve long admired what she has put into creating Lucky 21 and her dedication to the community surrounding it,” comments Norry Niven. “I am eager to focus on the creative process with their team.”

“Norry’s work is bold,” says Lucky 21 EP/Partner John Gilliland. “He is equally comfortable with celebrity talent as he is with effects, to deliver stylish spots at an epic scale.”

Starting his directing career at Hollywood-based The End, Norry then launched his own commercial production companies Stonecore Film in 1990 and Three (One) O in 2008.

“Running my own company was an invaluable and irreplaceable experience - because of it, my life is filled with rich relationships in this industry,” adds Norry.

Find out more about the company and director Norry Niven here.