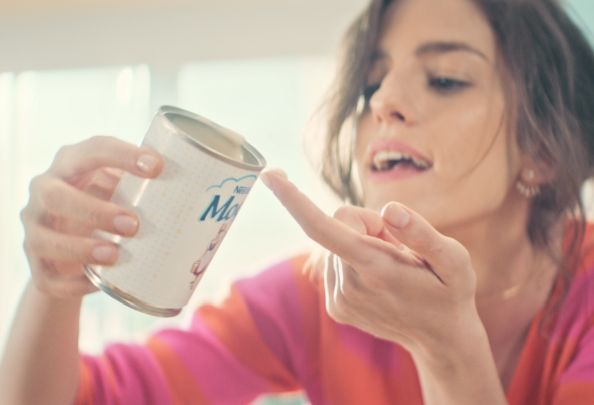 Nestlé’s Leite Moça has just released a spin off of the 'Everything that can go right, will go right', campaign created by FCB Brazil, under a concept that focuses on the brand's 'Moça Laws'.

In addition to trying to strike an emotional chord among Brazilians by bringing back delicious memories related to the brand, the new communication specifically targets a younger audience.

The campaign concept highlights the MOÇA Laws, inspired on truths about the brand, which has been in Brazil for over 90 years, and that are in direct contradiction to Murphy’s Law ('Everything that can go wrong will go wrong').

“With Leite Moça, everything that can go right, will go right. And everyone who cooks knows it. The Moça Laws are the truths of this delicious brand,” explains Joanna Monteiro, FCB Brasil CCO.

The video aired on Globosat channels and on the last episode of the 'Segundo Sol' soap opera on TV Globo (Nov. 9th), and shows a young cook who gets a bit confused when preparing a recipe, but is constantly rescued by the Moça Laws. Produced by Santa Transmedia and directed by Gustavo Gripe, the video has an original soundtrack by Quiet City. The campaign will also have digital pieces.

Widely recognised for its quality, the sweetened condensed Leite Moça was Nestlé’s first product to be produced in Brazil. It was so successful that the brand became synonymous with the category. Today, in addition to the traditional sweetened condensed milk, consumers also love the 'light' and 'spoon' versions of the product, as well as the Moça Confectionary line and Moça chocolate, cookies, ice cream and breakfast cereal. Nestlé Professional also offers sweetened condensed milk, as well as toppings, fillings, dough for sweets, and dulce de leche, all of which deliver the traditional quality of recipes made with Nestlé’s Leite Moça, in a practical and standardised format that meets the needs of professional operations, helping food businesses innovate and delight.