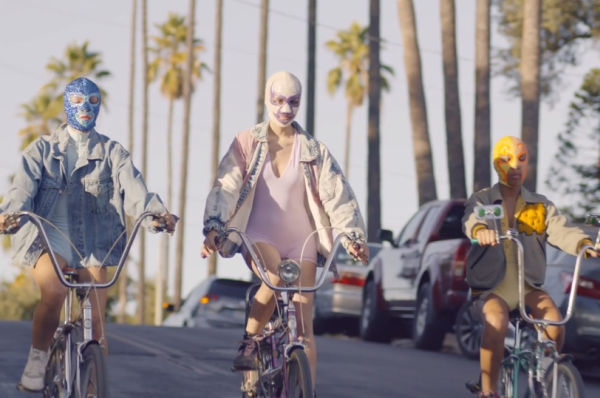 Ariel Danziger, part of New York-based production company Honor Society, is proud to premiere his spirited short film 'Luchadoras' to herald the arrival of an upcoming fashion label, to-be-announced. In the film, Danziger spotlights a Luchadora girl-gang patrolling the desert, rising from their oasis to lead a charge into the unknown.

Notes Danziger, “‘Luchadoras' is what you call a female Mexican wrestler. Known mostly as a male-dominated sport, wrestling has for decades been the staple of Mexican culture. I wanted to create a short film that tells this simple esoteric story of three mystical female characters. Each one represents the following elements of earth, wind, and fire, and are born from these elements. The desert becomes their vessel as they make their way into civilization. As the metaphor implies, the launch of a new fashion brand is coming!”

Danziger’s short-form content and music videos have been honored twice at the MTV VMAs, and his project for band Manà's single “Lluvia al Corazon” was nominated for Best Short Form Music Video at the Latin Grammys. His recent work for Tresemme, Maybelline, Clinique, Bacardi and the MGM Hotel and Casinos group gracefully blends his cutting-edge music video style with commercial work, lending an incredible balance to both the edgy and relatable.