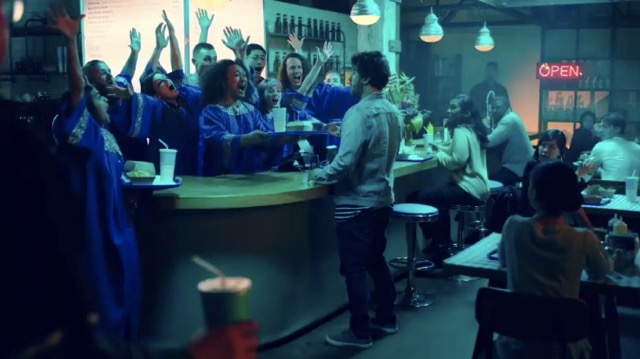 Loyalty New Zealand has this week launched a new instant rewards promotion and campaign via DDB New Zealand, under the Fly Buys brand, to accompany the points offering that forms the core of the Fly Buys programme.
Fly Buys is New Zealand's favourite loyalty programme, engaging 2.8 million New Zealanders up and down the country.
This new promotion gives members access to a range of instant rewards, just by "flashing" their Fly Buys card or Fly Buys mobile app, without using any of their valuable Fly Buys points.

especially younger customer segments for whom instant rewards have great appeal.
"This is Fly Buys like you haven't seen it before and it is bringing Fly Buys cards to the front of consumers' wallets as well as driving downloads of the Fly Buys app."
A broad range of brands are joining with Fly Buys to take part in the campaign, including Burger King, Les Mills, Tank Juice and Uber Eats; as well as local attractions such as Auckland's Kelly Tarlton's, Queenstown's Shotover Jet and Rotorua's Agrodome.
To see the full range of Fly Buys Instant Rewards, click here.
The exclusive offers are

over and above the points that members earn from their everyday engagement with businesses and brands across the Fly Buys network, and add to the existing value Fly Buys members get from Fly Buys Pumped with Z Energy and New World Clubcard with Fly Buys.
Fly Buys Instant Rewards has launched with a 30 second television commercial, backed by the 1980s classic song "Flash!" by Queen. The 30 second TVC is supported by a suite of 15 second offer spots that promote the individual instant rewards and shows up in many other mass and targeted media environments.

Says Justin Mowday, CEO, DDB: "Fly Buys have a genuine desire to do great work that fundamentally challenges traditional loyalty programmes to be more rewarding and delightful for kiwis. We thoroughly enjoyed working with the team at Loyalty NZ on this project and look forward to what comes next from Fly Buys."
While this project was delivered by DDB, Loyalty NZ continues to work with Clemenger Group as its lead creative agency across its brand portfolio, including Loyalty NZ, Fly Buys and Lab 360.view more - Creative