Loyalkaspar Dips into eSports with Hiring of Chris Fitts 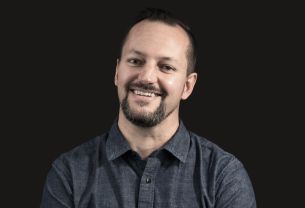 Following the success of loyalkaspar's recent work with Blizzard's esports powerhouse, Overwatch League, the creative agency is furthering its reach into the gaming industry with its latest hire, a familiar face in esports: Chris Fitts. As Executive Producer/Creative Director, Fitts will be based out of LK’s Los Angeles office.

Fitts’ move to loyalkaspar comes hot on the heels of the agency’s recent announcement of Erin Serletic as Head of Client Partnerships, a similar position to what she held while at Capacity and Trollback + Co. Serletic brings with her extensive industry foresight and business development savvy, having spent years mastering client relationships at a high level across media.

“Together with Chris, Erin and our recent success within esports predicts a new chapter for our company in this ever-growing market. The experience on Overwatch cemented our belief that the capabilities and services we have honed over the years in broadcast, particularly sports packaging, perfectly translates to the live gaming space,” said David Herbruck, President of loyalkaspar.

Fitts, a marketing creative with an extensive background in gaming, sports and entertainment, is a key industry player with significant experience from his time at Riot Games and Amazon Games. His abilities to creative direct and produce make him the ideal candidate for this role.

Fitts has produced and directed many projects to help generate community driven, authentically executed, experiential esports assets, activities, and events. While at Riot Games, Fitts held a lead creative role in marketing, event production, and content development strategy and played a crucial part in the development of League of Legends’ esports as a whole.

After Riot Games, Fitts went on to produce and direct a documentary for ESPN on the emerging sport of Drone Racing. He continued to creative direct developing esports broadcast programming and content for Electronic Arts & FIFA 2017 Ultimate Team Challenge before landing at Amazon Game Studios.

loyalkaspar’s initial foray into esports began in 2017 with Blizzard Entertainment’s first major global esports venture, Overwatch League. With over 30 million viewers, a brand new arena and city-based teams sparking fierce competition, the league looked to streamline its branding, increase fandom and strategise with inspiration from the NFL. Blizzard tapped loyalkaspar for their expertise in the traditional sports space, leading to a signature design package, both for streaming and in venue, that combined influence from both traditional sports graphics and thematically from the game itself.