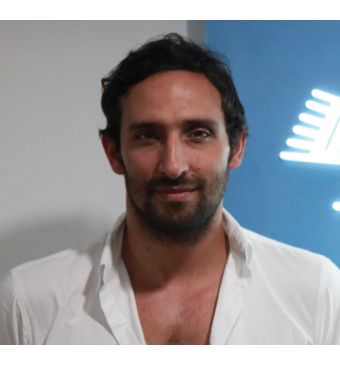 Lowe Vietnam has appointed Colombian multi-award-winner Carlos Camacho as its new Executive Creative Director. Carlos joins the agency from leading Latin American agency Lowe SSP3 Colombia. He will be tasked with developing and expanding the agency’s creative product and reputation across Vietnam and Asia. The role is effective immediately.

Carlos has been instrumental in the creative direction of one of the most awarded campaigns in the world, aimed at the demobilization of Colombia’s FARC Guerrillas on behalf of the Colombian Ministry of Defence. This body of work has scored several firsts for Colombia and Latin America, winning Titanium at Cannes, a D&AD Black Pencil, a Jay Chiat Grand Prix for Strategic Excellence and an IPA Grand Prix among others. In another first for Colombia, the agency was also named Advertising Age’s International Agency of the Year in 2013.

He has worked with Unilever, Coca-Cola, Nestle, Honda, Merck SD and General Motors, and secured respected creative and effectiveness awards in Latin America and globally.

Michel Borelli, Managing Director, Lowe Vietnam commented: “We’re so delighted that Carlos is joining us at Lowe Vietnam. Our plans required bringing in an outstanding creative and nothing less.  Carlos is outstanding. His credentials and project experience are second to none, and his highly personable manners make him the best person we could have hoped for to lead our Creative Department. These are exciting times!”

Rupen Desai, Regional President, Lowe Asia Pacific commented: “This appointment is a significant step for Lowe Vietnam. The agency has been Vietnam’s most awarded at FAME for three years in a row, and scooped two consecutive Agency of the Year awards in 2012 and 2013. It has already proved its sustained business and effectiveness colours. With Carlos’s creative leadership at the helm, I think we are set to see some exceptional things from Lowe Vietnam.”

Carlos Camacho added: “I’m extremely proud to have been chosen to join such a talented and ambitious team.  Moving to Asia is definitely a bold move for me, and it is a chance to represent the good name Colombia has earned in the advertising world. There is a lot of creative potential in Asia, and this agency is full of desire to work hard and take its place right at the top. I am looking forward to working with the people at Lowe Vietnam, and to applying my experience and ideas here.”