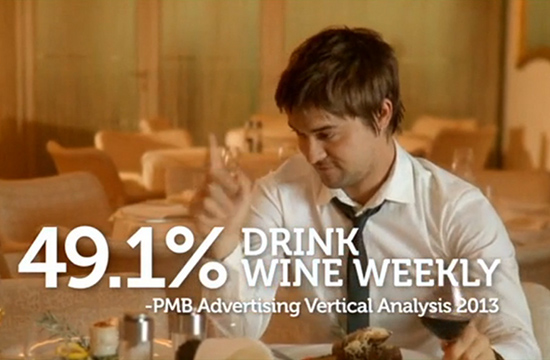 In Canada, people who work in advertising drink 9 times as much bourbon as the average Canadian. And 49.1% of us drink wine weekly.

We love stuff that's all about us, don't we?

The video was created for Toronto-based Strategy Agency of the Year Awards.
In creating the video, Lowe Roche did its homework, conducting in-depth qualitative and quantitative research. They tapped into the PMB database of over 22,000 respondents and did a vertical lifestyle analysis of Canadians who identify themselves as ad industry professionals. In doing so, they uncovered some lesser-known facts about ad people, for example, did you know that ad people use the internet for adult entertainment 1.7 times more than the average Canadian? Maybe you didn’t know that ad people mute the sound in TV commercials 1.6 times more than the national average. A tad ironic don’t you think? And surprise, surprise – ad people drink a lot. In fact we drink 9 times as much bourbon as the average Canadian. So “cheers”… to ad people.