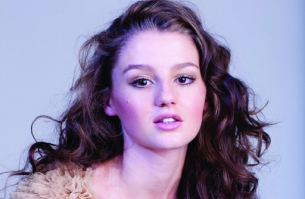 Lowe & Partners SA have emerged as one of the leading agency groups at the ACA Apex Awards for Effectiveness securing the Grand Prix, a Gold, Silver, and a Special Award in its particular category.

The OIL@Lowe Cape Town team received the ultimate accolade of the evening, The Grand Prix, as well as a Gold and the Special Award for the Organ Donor Foundation ‘GetMeTo21’ campaign. On the win of the night, Executive Creative Director for Lowe Cape Town Kirk Gainsford had this to say, “I’ve heard too many advertising people say, ‘it’s only advertising’, but if we truly believe in what we do everyday, we have to believe creativity can change the world. We believe in the importance of what we do. And every brief is an opportunity to create positive change, for our clients, their customers and our planet. It’s never only advertising.”

The win was made all the more poignant in that Jenna Lowe who fronted the #Getmeto21 campaign for the Organ Donation Society recently passed away after a long and brave fight after receiving a lung transplant. “Jenna Lowe’s legacy is that she has and continues to change Organ Donation in South Africa and globally” shares Kirk.

OIL@Lowe Johannesburg received a Silver Award in the Sustain category for the Slow-Mag campaign. According to Sarah Dexter, MD of OIL “It’s fantastic for our two entries to be recognised at this level. It bears testament to the combination of insight, strategy and creative work that we always strive for.” Lindsay Cabrita, the Marketing Manager for Slow-Mag was equally thrilled at the win,“Slow Mag’s amazing performance over the past few years has blown us away, and can be largely attributed to the pivotal role Lowe has played in re-defining strategy and excellent creative development of the brand.”

According to Julian Ribeiro, CEO of Lowe & Partners SA, “This is a great result for our company, and affirms our belief that outstanding creativity delivers results.” He goes on to applaud his teams, “Congratulations to all the talented teams who contributed to the development of both of these campaigns, and thanks to our clients for entrusting their brands to us.”