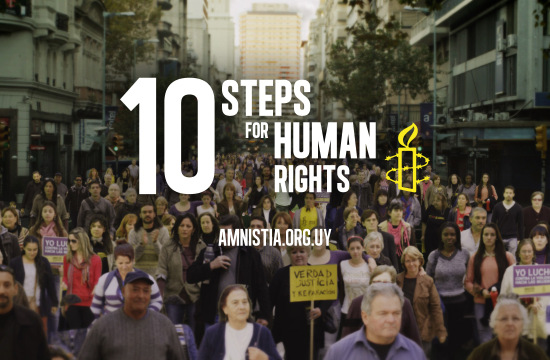 Amnesty International has released what at first glance looks like a video of a demonstration that runs along the main avenue of Montevideo, Uruguay’s capital city.

Staged to draw attention to Human Rights issues and Amnesty’s work in that area, the march and the crowd are, in fact, virtual. They were created to symbolise one of the key human rights violations around the world: the absence of the right to convene or gather in numbers. Lowe Gingko Uruguay, part of the Lowe and Partners network led by Diego Roman, created this unique way for citizens to express their support and participate in the human rights cause.

Each of the individuals in the campaign was filmed separately in front of a green screen located in Plaza Libertad, central Montevideo. They were then combined in post-production to form the march sequence.

Roman comments: “The key message of this campaign is that each of these people walked 10 steps to get your attention. The next step is up to you. Join Amnesty International. It’s a piece that we believe communicates the core issues in a very contemporary way, designed to inspire the you tube generation and beyond.”

Maria Garcia Ricard, Communications Director at Amnesty International Uruguay said: "Historically, demonstrations have been the strongest tool to draw media, people and government attention. The power of a march like this lies in bringing people to achieve what one individual could never do."