"We're moving to Detroit and so should you" 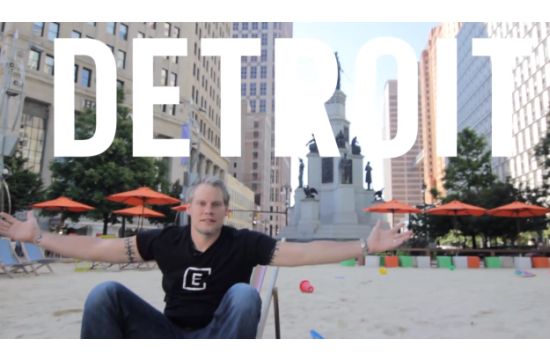 Bankrupt, decayed, abandoned… and alive. Detroit may not be the first place you think of when it comes to American advertising but Lowe Worldwide are about to change all that as they relocate their North American headquarters to Motor City.

The move, which was sparked by the recent partnership with Campbell Ewald following a successful collaboration on Cadillac, also follows the news that the city of Detroit this month declared bankruptcy.

Springing to the defence of the beleaguered city, the team at Lowe Campbell Ewald has created a video that argues that Detroit is, in fact, a fertile ground for creativity to blossom. In it, creative director Iain Lanivich interviews several creative pioneers already living and working in the city to build the case for Motown.

The video has been created ahead of a presentation at next year’s South by Southwest. Lanivich reckons the city is going to undergo some suprising changed by the time March 2014 rolls around. “I can’t tell exactly what Detroit is going to be like by the time I give this presentation but I can tell you one thing for sure – it’s not going to be the way it was,” he says.

According to Lanivich, the move will allow the agency to be involved in building a new creative community from the ground up.  “Whether you’re a designer, an innovator, an entrepreneur, or an investor, you’re in this business to create, to help a cause,” he argues. “In Detroit you have the opportunity not just to make your product but to define your city’s future.”