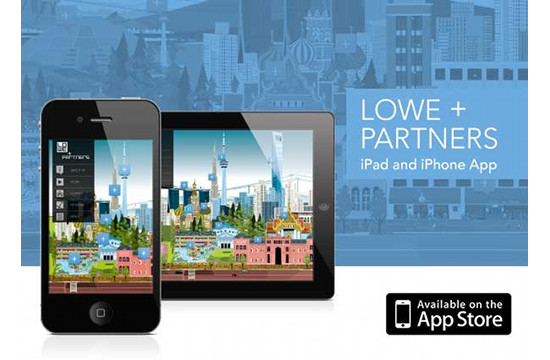 Global Advertising network Lowe and Partners has launched an App designed to take users on a beautifully crafted journey across its network, from cities including Detroit, Buenos Aires, Mumbai and Bogota, to Shanghai and London – all cities where Lowe has agencies. The design team at Lowe and Partners in London based the App design around an animation that brings the App to life. The home screen is a global skyline of cities where there are Lowe Agencies. Iconic buildings like the London Eye, the Palace of Culture in Warsaw, the Casa Rosada in Buenos Aires, the Shanghai World Financial Centre and the Centenario Stadium in Montevideo represent agencies, while famous modes of transport like the Yellow Cab, Bullet Train, Black Taxi and Tuk Tuk are animated driving along the road below. Lowe partnered with development company, CompSoft, in building the Parallax for the App. 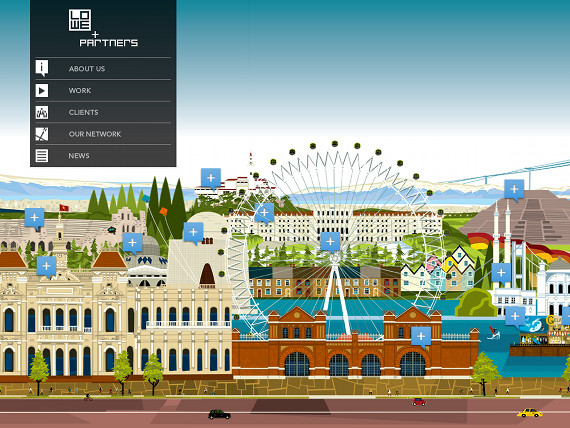 Jose Miguel Sokoloff, President of Lowe and Partners Creative Council, comments: “Our team has worked hard to produce an engaging and useful app that showcases our work, our global presence and our network's uncomplicated personality. We did not want an app that was overly corporate, as so many are, so Gaku's illustrations and animations bring to life the many cities in which we have offices in in a game-like and contemporary interface that opens doors to the individual agencies behind every iconic building.”

The App is available to download free now at the Apple Store.