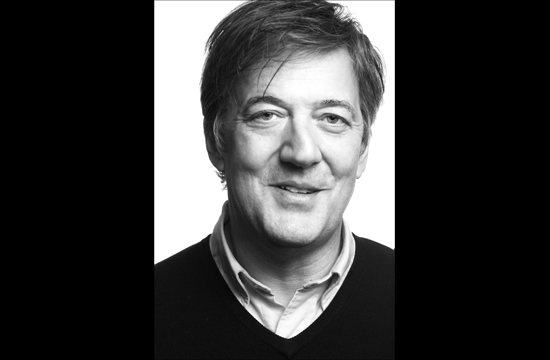 SoundCloud, VICE, StumbleUpon, Akestam Holst awarded alongside Special Achievement Honourees Stephen Fry and Professor Heinz Gerhäuser & Team, creators of the MP3 file format
Voting for ‘The People’s Lovie’ opens today
The International Academy of Digital Arts and Sciences (IADAS) today announces the winners in the 2nd Annual Lovie Awards. The Lovie Awards, the European sister to The Webby Awards, recognises excellence across the EU Web in Websites, Internet Video, Online Advertising and Mobile + Apps. Winners from over 20 countries will be celebrated in London on 14th November at St Lukes, Shoreditch, during Internet Week Europe.
While Academy judges like Tom Uglow, Creative Director at Google Creative Lab, Tweetdeck Founder Iain Dodsworth, Fashion Designer Henry Holland, and Musician Imogen Heap select the Lovie winners, starting today millions of fans across Europe will also help decide who takes home a coveted Lovie by voting in The People’s Lovie Awards. The public has until November 1 to vote at: www.peopleslovie.eu
This year's special achievement winners include Lovie Person of the Year Stephen Fry, who has been recognised for his longstanding and effervescent presence in Europe’s vibrant digital community.
Stephen Fry said, “I’m tremendously excited that my achievements are considered special enough to warrant an award. Digital culture is something I’ve always been proud to support, so I’m delighted to be part of the Lovies.”
The academy will also honour Professor Heinz Gerhäuser, the leader of the team responsible for creating the MP3 file format, with a Lovie Lifetime Achievement Award in recognition of the visionary development and introduction of the MP3, a format that revolutionised industries and lives world-wide. The first recipient of this honour was awarded to Bjork for her work on album Biophilia in 2011.

Works that captivated the public this year have also caught the attention of IADAS: the gripping viral video with over 1,000,000 views on YouTube, ‘Don’t Cover it up’, made by BBH for Refuge’s domestic violence campaign featuring YouTube celebrity beauty vlogger Lauren Luke, won two Bronze awards. The VICE UK/Noisey production ‘Skrillex Reviewed by Cute Kids’, which also boasts over 1,000,000 views on YouTube, earned a Bronze. Consumer favourites including Housebites (Bronze in Food and Beverage), SoundCloud (Silver, Bronze, in Web Services and Applications and Community and Social for Tablet), and Moshi Monsters (Bronze in Youth) were also recognised.

Online Advertising winners include agency AKQA, winning five Lovie Awards, for work on campaigns including the NikeFuel Station and MTV Under The Thumb, and digital agency Dare for their work on ‘Time to Change: The Stand-up Kid’. Building on the six awards received in the inaugural Lovie Awards, AMVBBDO has received two gold awards for the ‘Escape the Map’ campaign for Mercedes-Benz.

Swedish advertising agency Åkestam Holst amassed nine Lovie Awards for superlative campaign work making it the agency to win most Lovie Awards over all. Campaigns awarded include the revolutionary campaign for Pepsi The Sound of Football. Other notable agencies include French creative studio Soleil Noir that, amongst several other awards, racked up two gold Lovies for ‘Believe in 2012’.

“The Lovie Awards was conceived to show just how vibrant and creative a digital community we have in Europe” said Nicolas Roope, Academy Chair for European IADAS members. “We are very proud in year two to recognise such outstanding work from across Europe.”

For the second year in a row, Vitamin T, a new division of Aquent, are supporting the awards as Official Sponsor and the Lovies is delighted to welcome new sponsors Internet Explorer from Microsoft, MediaMonks, Uber, Wayra and Bizzabo.