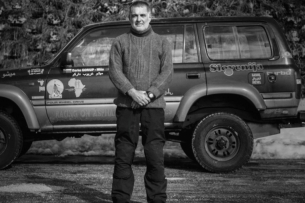 This nostalgic film directed by Bacon's Koen Mortier has a moody, cinematic quality, and, combined with images of different generations and nationalities across Europe enjoying their Toyota, is a subtle metaphor for the brand’s quality, durability and reliability.

Toyotas are so reliable that it’s only natural for their owner to take them for granted and 80% of the people in the film are real Toyota owners with their cars, sourced from Toyota clubs around Europe.

Jason Mendes, Executive Creative Director for Saatchi & Saatchi in the Nordics said: “Every car company offers a 3-5 year warranty but it’s the cars that are 5 plus years old that give reason to believe you can take them for granted.  And the older the better.  I think it takes a very brave client to get that - the fact that we weren’t going to do a typical car ad and we wouldn’t see shiny metal throughout the film.”

Car commercials predominately show cars from the outside but not in this commercial. Mendes says: “Koen said in our very first meeting that 95 percent of our relationship with a car is from the inside, not the outside, and that he wanted to shoot everything from inside the car.  We thought that was very insightful … however I know he later regretted it as he was curled up on the floor, squashed into a range of cars, along with the DOP and sound engineer, for 5 days straight”.