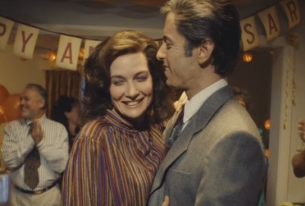 IKEA has today launched a new TVC campaign aimed at making the everyday more wonderful through a thought-provoking film. Capturing the unique memories of a couple’s wonderful life together, the new campaign poses the question: what if the little things are really the big things?

As the latest installment of IKEA’s “Wonderful Everyday” advertising strategy, ‘Wonderful Life’ features a character looking back over a lifetime spent with her partner. Viewers are challenged to think about what is really important in life and the latest TVC marks a real departure for the retailer into an even more distinct and engaging visual style.

Created by Mother London, the campaign launches in static and digital Outdoor media, with hundreds of personal ‘Secrets to a Wonderful Everyday’ that have been submitted by IKEA Co-workers.  The campaign reaches a crescendo with a 90 second film online and in cinemas, and a 60 second TVC across the UK and Ireland on 23 April, before going live across print, digital and outdoor from Monday 25th April, all supported by PR, social and CRM.

In the film we follow one couple through their life spent together, from their early 20s to old age. Their life appears to be a spectacular one, beginning as young artists and ending with them in later life dancing on a Broadway stage and receiving a standing ovation. Along the way we see her driving in a Grand Prix as he cheers her on. We watch them building a log cabin with their bare hands, and they even win the mixed doubles final of a grand slam tennis tournament. Who were this incredible couple?

The advert then cuts to a living room and we see the same woman, older still, telling her granddaughter the story of her life, with the help of a cherished photo album.  Only as we look closely at the album, we see that the photos differ from the scenes we’ve just watched. Instead of the glamorous scenes we saw before, they instead tell the story of a life filled with the everyday moments she shared with her husband. Instead of being artists, they were really painting the walls of their first apartment, instead of building a log cabin, it’s a bookshelf, instead of the Grand Prix, she was learning to drive their first little car. Though less spectacular, these moments are clearly no less special than the ones we saw before. They are everyday moments we can all recognise from our own lives with our loved ones. In a final, moving sequence she glances at the empty chair in which her husband used to sit, before we’re asked to, “Enjoy the little things in life. Maybe, they are really the big things”.

Laurent Tiersen, the new IKEA UK and Ireland Marketing Manager, said, “The ‘Wonderful Life’ TVC is a new emotional direction for IKEA. In this film we want to bring to life the sentiment of the Wonderful Everyday through the eyes of someone who has lived a long and fulfilling life made up of small personal moments that add wonder to our everyday lives at home. This really is a celebration of how the little things are the big things. We firmly believe that this is one of the most inspirational and affecting ad campaigns we have launched to date.”

The campaign will feature a 90, 60, and two 20 second ad spots, as well as CRM, PR, outdoor and digital execution and will be supported through social. It runs from 23rd April to 8th July.

Song: ‘You and Me’ Penny and the Quarters through Major Tom