The Influencers 156 Add to collection
CMO of Unlimited Group and friend of Blue, Ryan Wain, talks about the art of copywriting 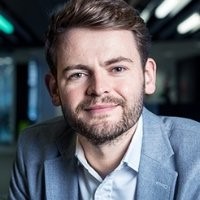 A chunk of my professional life was spent filling small pieces of paper with big words. As a political speechwriter, I was charged with conveying the meaning and messages of middle-aged men in ill-fitting suits to carefully curated and often bored audiences. It was, in many ways, the bits they didn’t show in The West Wing, but nevertheless a remarkable, disciplining experience and one which has shaped my approach to marketing.

I am a signed-up member of the copywriting brigade. A deep believer that wonderfully written letters, scripts, tweets, those bits under Instagram pictures, an email and, yes, billboards, can change minds and flutter hearts.

A simple search will show the words that have shaped our world as we know it. From Martin Luther King in Washington to J K Rowling at Harvard and with many stunning efforts in between, each of these started life as scrawls on a piece of paper or musings on a small, electronic screen. Their importance and value isn’t derived from eye-startling, ear-singeing, full blown expensive production but, simply, words. It is the relationship between these and author, speaker and audience the forges change.

The simple act of writing things down has survived every new innovation.

When I turn pen to paper for a client’s speech today I’m awash with my learned rules (note, not the rules) for writing. They transcend any medium and - here I am - sharing them with the out-of-home community. Sure, the paper is bigger and the words often smaller, but copywriting magic shouldn’t be an afterthought when it comes to filling in these giant spaces.

Firstly, where words live matters. For the Labour Party, this was the place when speechwriting met audience. Be it a school, a university, an air show or the home of a sceptical trade union, it was key that what was written played with where we were. Context married content and, when the speechwriter was feeling particularly mighty (and wasn’t scurrying to the nearest empty room to quickly whack out some words), they would dictate place. In the world of out-of-home it’s no different and the location of a poster site lays down a gauntlet to any copywriter worth their salt. If a brief comes in and the writer hasn’t seen the media schedule they must chase it down. They must not stop chasing this involvement until the rules are changed. Go further. Dictate the media schedule. Where should sites be? What lends itself well to a beautifully told idea? How can place embed itself in the heart of an idea?

Context doesn’t stop at location.  A poster site is more than a piece of paper in a particular place. It is the land underneath it and the sky above it. It is the culture that surrounds it and the people who see it. These are the considerations that turn a smart phrase into something meaningful. When the next brief arrives, copywriters must aim to transcend the mere power of words: they must interact with surrounding.

Speechwriting also demands simplicity. The first subject matter I was confronted with involved a rather long-winded document that had, as its title, something along the lines of ‘Instilling a cap on energy prices in the United Kingdom’. This became ‘Frozen Bills’. Writing a speech at its best is translating a series of complex, ideological beliefs into something accessible – something simple. And writing for out-of-home is no different.

Go Orwellian. At risk of bastardising one of the finest sentiments in linguistic history, there are few people who carry a thesaurus app on their phone (I raise my hand to be the exception) and even fewer who carry a thesaurus in their heads. George told us to “Never use a long word where a short one will do.” In the case of a billboard, he couldn’t be more correct. Copywriters must convey a sentiment in as few as words as possible, remembering dwell time is limited. This demands the discipline of a speechwriter: keep it simple and make it accessible.

Finally, the concept. The worst speeches are a meaningless melange of words, put together in the vague hope of forming a narrative. Start with a creative concept. If not gifted one from a clever political strategist (or in advertising’s case, a smart brand strategist), make one. Billboards are a medium that demand more than just a simple adapt: they should have, at their heart, an idea. Start with the question ‘what are reaction are we trying to illicit here?” and don’t stop until you have an answer.  Make your audience work hard for meaning. They’ll thank you for it.

This is an out-of-home amnesty. Writers, art directors, strategists, hell, even account people, it’s time to press the reset button on this delightful medium. Let’s turn the billboard into the most enviable canvas of the writing world. 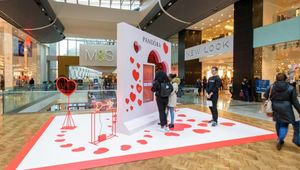 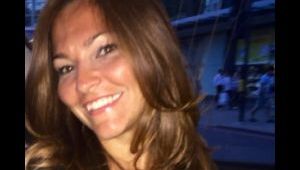 Blue Thinking: Diversity - Do We Really Care About It? 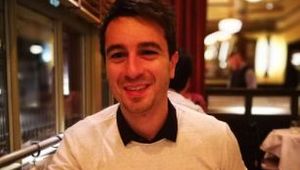 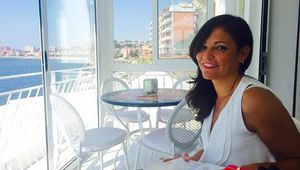 Blue Thinking: "A Combination of Danger and Beauty"
View all News 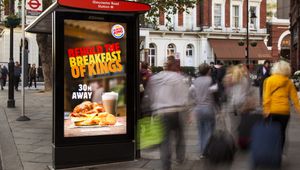 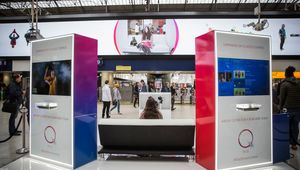