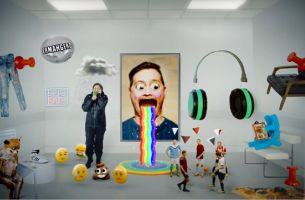 This week, Creative agency Rothco launch the latest 40 second TVC for Irish telecommunications network, Meteor. After the successful ‘Christmas Ltd’ campaign featuring fictional festive CEO Nicolas St Wenceslas, the latest work seeks to highlight the company’s dedication to and understanding of their customers’ needs. Whether it’s a video of a hamster eating a crisp sandwich or a horse playing a recorder with its nose, Meteor has got its customers’ interests covered.

Account Director at Rothco, Katie Oslizlok, comments: “Network messages tend to be generic so we wanted to showcase Meteor’s unique strength as the only Irish owned network operator in Ireland, in knowing its customers better than any other mobile provider. To convey this, we developed Meteor Secret HQ, the embodiment of Meteor’s customer-driven mantra and its commitment to continue learning, listening, and delivering on what their customers really want and need.”

The campaign reflects this by taking the audience on a personal journey through Meteor’s Secret HQ by fictitious ‘Head of Customer Experience’, Geoff. In this fictional HQ, we are taken to three rooms each identifying popular uses of the internet, such as memes, emoji and viral content, broadcasting holiday photos on social media, and RPG gaming. Giving the audience a glimpse into each of these fictitious customers’ rooms, the voice-over explains that "we get you like no one else."

To support the campaign message, Meteor continues to provide some of the best offers in the marketplace including an amazing prepay data offer of 15GB + unlimited calls for just €20 top-up.

The light-hearted, humorous tone adopted throughout evokes a sense of intimacy that mirrors the company’s approach as the people’s network.

The campaign will also run on radio, outdoor, digital and social.