Lotus Awards Returns to Vancouver for 2015 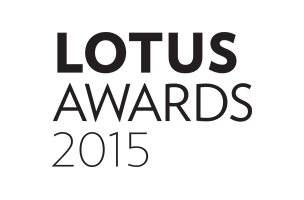 The Institute of Communication Agencies (ICA) is pleased to announce the return of the LOTUS Awards competition in 2015 to celebrate the creative work of individuals, companies and agencies in British Columbia.

After a number of Vancouver-based agencies declined to participate in the 2014 competition, the LOTUS Awards took a hiatus due to lack of funding and interest.  Late last year, the ICA was asked by its members and the previous organizing body, the AAABC, to take on the responsibility of bringing back an enhanced awards program.

“After a thorough review of categories and submission requirements, learning best practices from other award platforms, as well as gaining candid feedback from B.C. agencies and marketers, we’ve put a plan in motion to improve upon the competition,” says Jani Yates, president, ICA.  “We’re excited to bring the LOTUS Awards back to Vancouver in celebration of creative excellence, innovation and the best in B.C. communications.”

While the ICA has run the CASSIES for 20+ years and has experience with other Canadian creative awards programs, the organization would not consider leading the LOTUS Awards without the support and direction from the local communications industry.

After consulting with leading members of the community, on ways in which the competition could be improved, the ICA is pleased to welcome Frank Palmer, chairman and CEO, DDB Canada; Nadine Cole, S.V.P. general manager, Cossette; and Scot Keith, founder and CEO, 123w, as co-chairs of the LOTUS Awards 2015.  The team will continue to consult with other Vancouver decision makers throughout the planning process.

“Since 1989, the LOTUS Awards has celebrated creativity in Vancouver; however, it has sadly deteriorated over the years,” says Palmer.  “It’s time to revitalise this competition, and return it to its prominent stature.”

B.C. agencies and marketers are asked to mark their calendars with the following confirmed dates and events: