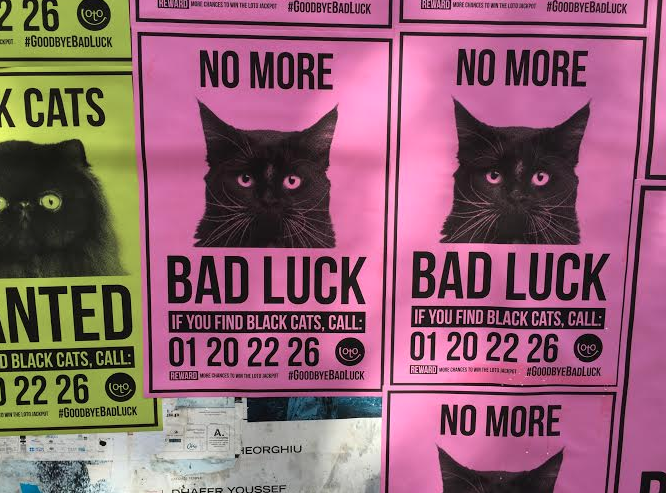 Loto Libanais, in partnership with Impact BBDO Dubai has launched a social media campaign that is designed to effectively encourage people in Lebanon to play more and win by making them feel luckier.

People in Lebanon believe black cats bring bad luck. So, the idea was to collect all the black cats and fly them out of the country.

The campaign kicked off with a nationwide search through Press and Outdoor media, asking people to phone the Loto call-center whenever they spotted a black cat. A specially trained crew was assigned to rush to these given locations and pick up the cats.

Working in association with Municipality Officers, Medical Council and Animal Care, Loto Libanais arranged for the cats to be flown out of the country. Meanwhile, allowing people back in Lebanon to play Loto free of any bad luck.

There are four countries in the world where black cats are actually considered to bring good luck: Japan, Great Britain, Ireland and New Zealand. Loto decided to fly them to New Zealand where they could have a relaxing time until their flight back.

The campaign started last week with press and outdoor attached, the activation film will be launched on National TV during the draw on 20th April, 2015. An official Loto host announced that "we took out the black cats to bring people good luck and that now is the time to play".

All TV news stations shared the news at prime time. From there on, the idea will spread through social media with the #GoodbyeBadLuck