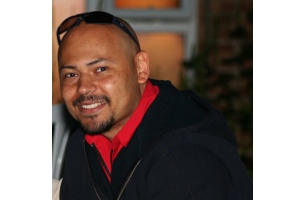 Lost Boys has strengthened its leadership with the appointment of Jonathan Akwue to the new role of Chief Executive, UK.

Akwue joins the social and content agency, part of the DigitasLBi family, after nine years at Engine, where his most recent role was Global Integrated Business Partner. Akwue was responsible for launching and establishing Engine’s agile content marketing and production studio Moment Studio in the UK, creating data-driven real-time content for brands like Unilever, Sky, NOW TV and Santander.

The appointment signals the next phase in the evolution of Lost Boys, which launched at the end of 2014 and has since picked up 11 new clients, producing award-winning work for French Connection, UGG and Honda and getting shortlisted for the IAB’s Creative Showcase Agency of the Year accolade.

Prior to setting up Moment Studio, Akwue helped secure and grow key Engine accounts including Xbox EMEA and Samsung Global, helping Samsung to achieve the status of Mashable’s most popular social media brand globally in 2013. He was previously a Strategy Director at Jam, Engine’s social media shop.

Between 2007 and 2011, Akwue was Director of Engine’s digital management consultancy Transform, and worked with Martha Lane-Fox to develop the UK government’s digital strategy.

Before entering the advertising industry, Akwue spent time as a DJ and launched an urban record label. A passionate champion of diversity, Akwue chairs the Ideas Foundation and is a key member of the team behind The Great British Diversity Experiment.

Liza Durge will continue in the role of Managing Director of Lost Boys, which she took on in August 2015 having joined the agency as Client Partner in 2014.

Michael Islip, Chief Executive, UK at DigitasLBi, said: “I couldn’t be more happy about Jonathan taking on this new role. He’s got the unconventional background and entrepreneurial spirit we need to help Lost Boys build on the successes of the last 12 months and develop more great work for bold and ambitious clients.”

Jonathan Akwue, Chief Executive, UK at Lost Boys, said: “Throughout my career, I’ve always looked for opportunities to do things differently for clients who are willing to be brave, and that’s exactly what Lost Boys is all about. I’m really excited about solving our clients’ business problems in creative ways, and I’m passionate about continuing to help Lost Boys and the DigitasLBi family develop a culture where diversity of all kinds is valued.”