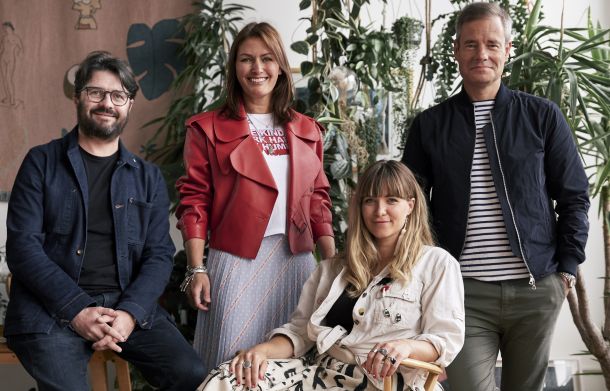 Nadja Lossgott and Nicholas Hulley have been promoted to Executive Creative Directors of AMV BBDO. They are only the fifth generation of ECDs to be appointed following David Abbott, Peter Souter, Paul Brazier and Adrian Rossi & Alex Grieve.

In their time Nadja and Nick have created genre-bending, culture-shaping work that has won multiple Cannes Grands Prix and Titaniums. They are also the owners of a D&AD Black Pencil and have work displayed in the permanent collections of the British Museum and the Design Museum.

Their career began at TBWA/Hunt/Lascaris in South Africa. They joined AMV BBDO in 2011 and were promoted to Creative Partners in 2016.

They created #Bloodnormal, for Bodyform/Libresse. The global campaign broke down decades of toxic shame, made normality revolutionary and became the first ad to show period blood instead of blue liquid.

They creative directed The Trash Isles in partnership with LadBible and the Plastic Oceans Foundation. Rather than making an ad, they helped make a country out of The Pacific garbage patch. With so many “citizens” signing up it quickly had a population almost the size of Iceland (with Dame Judy Dench appointing herself Queen).

From writing the influential Guinness Sapeurs film and documentary they now run the account globally, where they recently rebranded boring old tap water into a sexy new product, “Guinness Clear” for the brand’s responsible drinking initiative.

Whether they’re part of the team turning worthless Zimbabwean dollars into billboards, helping create a new country out of ocean rubbish, having a Met Police podcast reach no. 2 on the iTunes charts, writing documentaries about Congolese dandies, or defying broadcasters to help make periods normal, Nadja and Nick strive to make visually striking work that has meaning, breaks the mould and has cultural impact.

Nadja Lossgott and Nick Hulley, ECDs at AMV BBDO, comment: “When we packed our bags and moved to London, becoming ECDs at such an iconic agency would’ve been beyond our wildest dreams. We had our sights more modestly set on not being immediately fired.”

Alex Grieve, CCO at AMV BBDO, adds: “If, as Sarah & I passionately believe, Creativity is the weapon that will help our clients break free from the pack, then Nick and Nadja are AMV’s atomic bomb. They are the best creatives of their generation.

With talent and graft and grace they will rise, as they always do, to the new challenge of leading as ECDs. And we will all rise with them”.