Lose Yourself In Loren Denis' New Film for Paris Opera 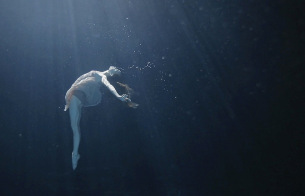 Following on from ‘O is for Opera’, Loren and co-director Anthony Vibert, explore the impact that opera has on a first time listener. She comments, ‘I wanted to communicate some of the emotions that run through us when we take in the full intensity of an Opera. As we were trying to find a word to best describe the sensation that one experiences when one attends a performance for the first time, the impression of getting literally  ‘a slap in the face’ kept coming up’.

She adds, ‘The  ‘3ème Scène’ was created with the idea that the Opera can be experienced everywhere and by everybody and we wanted to start from an ordinary situation (a man walks down the street and puts his headphones on) and then have our character pushed, submerged, struck, caught up in a whirlwind by the music and pulled in to these sort of living pictures by artists representing the world of the Opera’

The 3e Scene is described by Paris Opera as ‘original works by artists and creators reveal the world of opera and dance to new eyes.’

You can view more of Denis' work here