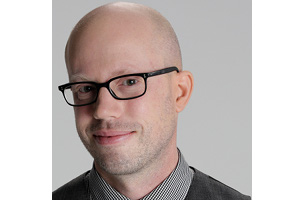 Everyone hates LA at first. But the longer you're there, the more you love it.

Everyone loves New York at first. But the longer you're there, the more you hate it.

Having lived on both coasts for significant amounts of my life, that's how I sum up the differences between the two cities. You trip over amazingness every other block in NYC, but trying to raise a family there is downright painful. Los Angeles, on the other hand, is so spread out that the amazingness is hidden. People have to tell you about it. On the other hand, the quality of life is pretty amazing.

There’s a large community of transplanted New Yorkers like myself in L.A., and, at first, many of us feel a need to justify our decision to move here.“Why would you leave the electrifying creative hub that is New York for the lazy lawlessness of the Wild West?”, our east-coast compatriots scoff at us. To be honest, the beach and constant sunshine are more than enough of a reason, but it’s after spending time living – and working – here, I’ve found some key advantages to living on the best coast.

The New York Times recently wrote a feature entitled "Los Angeles and Its Booming Creative Class Lures New Yorkers." I, myself, recently transplanted back to LA after ten years of harsh winters, sweaty summers, long train commutes and little personal space – so I can relate.

Los Angeles is an amazing place for smart, creative brains. Basically, I think it boils down to three main reasons why people are lately packing up and making the move:

You can't walk more than a few blocks in NYC without feeling inspired by something. You can, however, walk twenty blocks and still not find a coffee shop with a free table to sit down and write. Personal space is not New York’s strong suit. But creativity literally needs space to thrive, and Los Angeles’ expansive topography lends itself to a certain introspection, confidence and focus that isn’t afforded in most major metropolitan cities.

Though Los Angeles has always been the nexus of the entertainment industry, a curious thing has happened over the last few years. Technology companies have laid claim to the city, setting up camp against the Southern California sunset and settling in to the sand and surf. “Silicon Beach,” as the industry calls it, is home to more than 500 tech startups, as well as tech giants like Yahoo & Google. With the advertising industry stretching its programmatic muscles in increasingly formidable ways and constantly exploring new content and media opportunities, this transition cannot be understated.

In industrious cities like New York or San Francisco, there’s a subtle (and sometimes mind-numbingly blunt) theology that hangs over everything executives do – win at all costs. If you can’t handle the heat, get out of the kitchen. You’re only as good as your last…well, you get the picture. The overwhelming aura of antagonism is pervasive. Los Angeles, on the other hand, manages to sustain a collaborative energy while still stoking the flames of healthy competition. I’m not sure if it’s just the 350 or so days of sunshine, or if the city really does just want you to win, but there is an undeniable desire to forge connections and spring forward together.

Pretty much every reason creative people love LA is a permutation of one of the above. The type of people you find here, and their relaxed attitude towards life and work. The expectation of creativity among everyone you meet. The natural mixture of creativity and business that simply exists here. The ample space to stretch out and work. The proximity to the entertainment industry and Silicon Beach tech scene. The ability to work outside whenever you want.

In LA, life isn't a series of inspiring things. Life, itself, is inspiring.

I feel lucky to do a creative job, in a creative industry, in a creative place. My agency is in Santa Monica, and is built on a culture of respect. Respect for our clients, for their customers and for our associates. We care about each other, because that's our way.

I love New York. New York has a lot of amazing qualities. But a culture of respect is not one of them. And if you ask me, more than anything, respect is something that creativity desperately deserves.