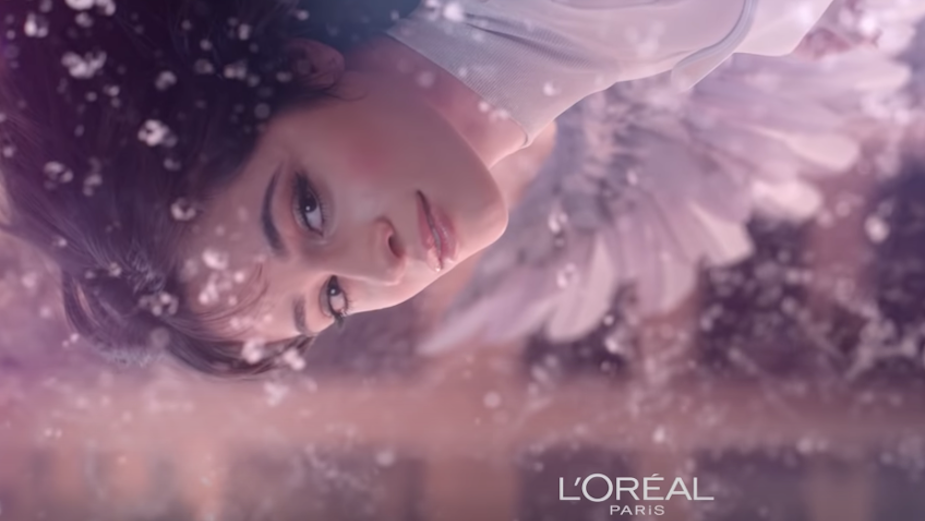 McCann Paris is supporting L'Oréal Paris and its Lash Paradise mascara, a bestseller in the United States and Europe, with 15 units sold every minute, through a new advertising campaign. The poetic and dreamlike campaign, which will be broadcast worldwide in September, stars a cast of international icons that include Camila Cabello, Elle Fanning and Cindy Bruna, who recently joined the celebrated ranks of L'Oréal Paris muses.
The campaign shares how the mascara’s composition has evolved with an oil-enriched skincare formula that is suitable even for sensitive eyes and the promise of maximised sensoriality, thanks to a tenfold increase in application pleasure.
The new film, part of an advertising campaign, is aimed at reinforcing the Lash Paradise franchise universe with a strong visual narrative, imbued with a playful sense of imagination. The agency, McCann Paris, wanted to convey the impression of the actual product experience, especially with the most enjoyment of the mascara’s application. The fantastical tone imparted by the film pays tribute the bit of magic provided by the mascara, which instantly gives volume to the lashes.

"Mascara like a perfume? The new Paradise campaign revolutionises the way we communicate about consumer products, whose advertising discourse is usually more functional. We succeeded with the McCann agency to create a dreamlike campaign, which takes users into a poetic and immersive universe,” says Zak Yopp, global marketing director for make-up, L'Oréal Paris.

Take Your Lashes to Paradise: A Dream Cast
McCann Paris has chosen to call on director, photographer and visual artist Bruno Aveillan, who created this campaign alongside the historic L'Oréal Paris agency. In the film - revisiting codes of the industry - Lash Paradise is portrayed as 'so' good that even angels would like to take their eyelashes to heaven. This is where the audience witness a spectacle: an angel, bungee jumping from heaven to come and find her face in a reflecting pool in Paris. Time then freezes, giving this angel the opportunity to apply Lash Paradise mascara before going back to heaven.
For McCann Paris and L'Oréal Paris, the choice of Camila Cabello, Elle Fanning and Cindy Bruna was a natural choice. Indeed, beyond their strong popularity, these muses maintain a certain closeness with young, urban millennial women. It was important for this target to be able to find its way to them.
"We were looking for a strong, new, amazing image: an image that could convey in an instant the pleasure of this particular moment of application of Lash Paradise mascara. As if time stood still... As if the softness of the mascara plunges us into a feeling of weightlessness...we invented this fairytale and lyrical sequence: our heroine, as light as an angel, jumps from a cloud, with a bungee cord, to come and put her make-up on in the reflecting pool of a Parisian fountain. She's definitely worth it," says Julien Calot, creative director, beauty team at McCann Paris.
This 360° campaign, available at the end of summer 2020 worldwide, will be broadcast on TV, and will also be available in print, digital, social media, merchandising and radio.
view more - Creative