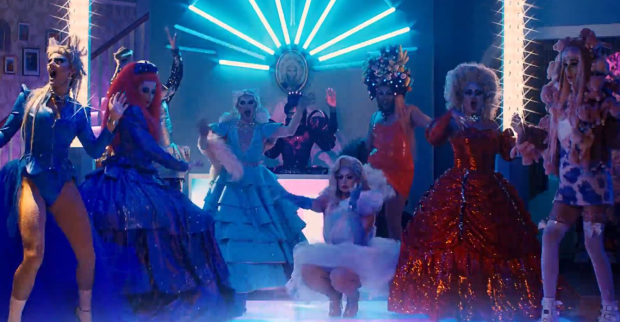 With the arrival of RuPaul’s Drag Race on UK shores, BBC Marketing and BBC Creative have created a unique trail to pay tribute to the cultural phenomenon.

The campaign captures what makes the show so special - its heart, itsfun and of course the brilliance of the Queens themselves.

These legs then formed the centre piece for the big Ru-veal of the Queens themselves,where each one was announced to armies of fans at Manchester Pride by emerging from in-between Mama Ru’s legendary legs.

RuPaul’s Drag Race UK lands on BBC Three on 3rd October. It will be exclusively available on BBC iPlayer from 8pm.

Susan Ayton, creative director at BBC Creative said: “Our launch trail depicts our queens as one big family, each of them jostling to catch RuPaul’s eye and emerge victorious to be crowned the UK’s first drag superstar. The campaign doesn’t beat around the bush, shouting loud and proud that this televisual event is happening only on BBC iPlayer.”

Nicola Carr, portfolio head of marketing, BBC Two, Three and Four said: “We are thrilled to welcome Ru Paul’s Drag Race UK to BBC Three.The show is the perfect brand fit and this campaign is a great way of connecting with young audiences in a way that’s fun and fabulous!”