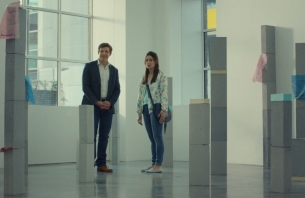 The campaign celebrates the role the brand plays in customer’s lives and brings to life the brand promise of Simple, Easy Enjoyment. ‘Good Times’ is about the little things that make your day easier. It’s about the reassuring feeling of familiarity a visit to McDonald’s gives its customers.

‘Lonely Hearts' tells the story of a first date between a young man and woman who gradually realise that, despite their best intentions, they're just not very compatible. From an awkward moment in an art gallery to an even more awkward moment in a bowling alley, John and Emma never seem to click, so at the end of the night they politely say their goodbyes and go their separate ways. When John comes across the welcome sight of McDonald's on his way home though, it seems that there might be one last twist in the tale.