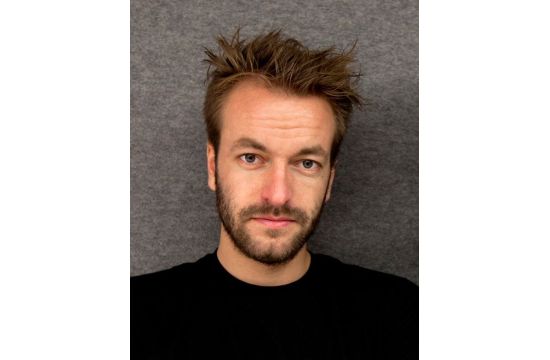 The LIA event in Vegas last week not only saw world-leading CCOs and ECDs come together to judge great work, but also played host to a horde of up-an-coming talent in attendance to learn from the best. Tribal DDB Amsterdam’s Bart Mol was one of the creatives at the Creative Conversations and he has awarded his very own ‘London International Awards Awards’ – rounding up his personal highlights of the week in Las Vegas.

“It has been an impressive display of talent this year at the LIA Creative Conversations and judging. ECDs and CCOs from around the globe contested at the highest level to be awarded with one of the prestigious ‘London International Awards Awards’, rewarded by the panel of 65 young creatives [a.k.a. Bart] that were flown in earlier that week.

‘London International Awards Awards’ are given out to the best jury members and speakers at the LIA Creative Conversations week. Below you will find a list of winners for each category accompanied by a short jury report.”

Nick displayed a truly inspiring view on agency structure and his beliefs of how the agency should have a consultancy role for clients. Inspiring and strategically sound, he was a clear winner. Congrats Nick.

Through dance and song Sonal encapsulated the audience and gave a refreshing insight in the to very mystical world of Indian advertising. He fought back from the tough starting position of being the last speaker of a long day on which the last rays of sunshine lured the youngsters towards the pool. Great comeback and perfect execution.

Those who were lucky enough to sit in on the jury panel for non-traditional were surely swept away by the humour and charisma of jury member Jimmy Smith. He nonchalantly pointed out the flaws and genius of campaigns with surgical precision.

Kicking off with the realization that a majority of the room didn’t think much of radio advertising, Ralph completely flipped the conversation around and proved that working within tight boundaries doesn’t mean the output needs to be generic in the slightest. A great statement that humbles any arrogant creative who might have refused a radio brief in the past.

Being the only contestant in this category it was an easy win, but still well deserved win for Raphael.

Amir decided to take a bold approach. He chose to make the entire session a Q&A, answering any question with harsh truths and refreshing directness. “You don’t care about my advertising blah blah that you’ve heard a thousand times before, ask me a question that matters” seemed to be his motto. This interactive approach resulted in a natural relationship with the audience.

Coming out of the leftfield was Gary Powell. Not much explanation is needed here; the guy did all of the special effects and stunts for Skyfall. I mean come on.

Daymond kicked of the presentation with an EPIC trailer displaying his many talents and achievements, which put any case study movie to shame. It was a nice change of ambience within the advertising heavy line-up. He gave a very well polished talk in which the lack of modesty was balanced by the overflow of achievement. Keep on air-guitaring, Daymond.”

Thank you for reading and until next year, the ‘London International Awards Awards’ jury panel.