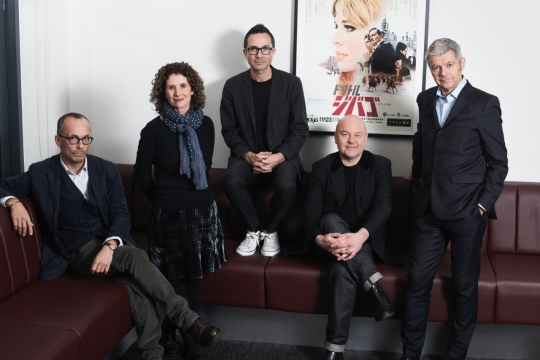 Each company boasts a market leading position in its respective sector; talent representation (ITG), PR (Outside) and social media marketing (United). Under the terms of the deal United will rebrand as Influence Digital with immediate effect.

Formed in 2009, London based United Agency has been at the forefront of the social media revolution for the last five years. In transforming itself to Influence Digital its co-founders Richard Marshall and Gareth Currie are adding a whole new dimension to its current roster of youth, music, fashion, travel and media clients. Clients include Arcadia Group, Elite Models, Thomas Cook, Above & Beyond and We Are FSTVL.

In combining forces, the three business's common denominator is talent. The calibre of artists and the talent that they each represent, whether in music, film, TV or live entertainment is exceptional.

"The insight and knowledge that Influence's founders bring to the new company put it in a unique position to help its clients realise the huge potential of social media and digital, enabling them to take control of the relationship between themselves and their followers". Said Paul Lyon-Maris, Co Chairman ITG

The formation of Influence Digital acknowledges the critical role being played by social media in the entertainment sector and beyond. Influence already boasts an impressive client roster in the brand world which has been the fastest growing sector of United's business and will continue to grow under its new identity.

"Today's world is always on and always connected. The boundaries between content, publishing, PR and marketing have become irrevocably blurred. Brands and talent are all looking at how to capitalise their relationship with customers and fans. Influence Digital, as its name suggests, is here to help clients realise this ambition." Said Gareth Currie, Co CEO Influence Digital.